Moral choices have been part of video games for so long that it can be difficult to pin-point the single game that introduced them first. Nor does it seem that they are going to be forgotten anytime soon – not in a time when video games are the biggest entertainment medium in the world. The stories they tell must therefore reach the widest possible audience, and nothing promotes immersion as much as the possibility of deciding the fate of the characters taking part in it. Immanuel Kant had a good reason to conclude that "Two things fill the mind with ever new and increasing admiration and awe, the oftener and the more steadily we reflect on them: the starry heavens above and the moral law within."

It's just a pity that developers often implement choices just for the sake of it – only to add one more tag on Steam. As a result, the choices they offer are not difficult, and their consequences are oftentimes irrelevant or only change the kind of cutscenes we will see right before the end credits. Fortunately, there are also more ambitious creators who try to make the player's choices impact the entire story, and sometimes even the gameplay. In the best cases, they manage to make us change our view of the protagonist and their role in a given story.

You will read about the best morality systems in video games below. Some are better, some are worse, but they all caught our attention and stand out enough to be worth mentioning. 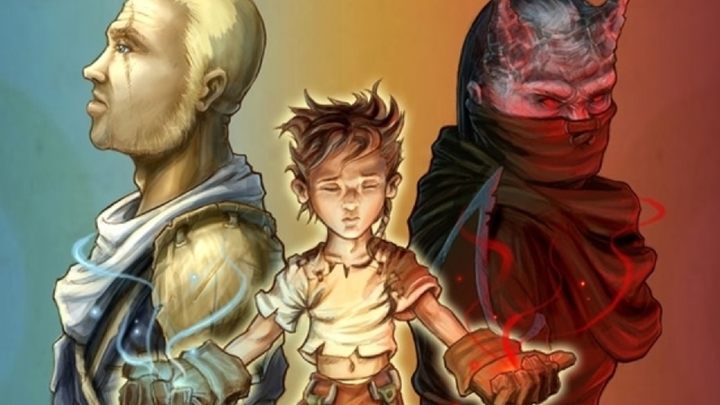 The first game that came to our minds when we thought about morality in games was Fable: The Lost Chapters. We focus on this game, although the remaining parts of the trilogy utilized the same approach. It wasn't too complex, but for 2004 – when the original Fable was released – moral choices were not as ubiquitous as they are now.

The simplicity derives from the fact that the game's morality is extremely binary. Deeds are either noble or despicable; there's nothing in-between that could be considered morally ambiguous. Take the Lady Gray thread as an example. The moment we meet her, the woman seems evil. After completing a few tasks for her, we know that for sure. We can then either marry her, keeping her secret to ourselves (evil choice), or expose her (good choice).

What's interesting is that all decisions we make are reflected in the appearance of the protagonist. If we obey the righteous path, a halo will eventually appear above our avatar's head, and the glow and glory emanating from him will attract the appreciative inhabitants. If we behave in an evil way, the protagonist will start growing horns, his face will turn pale and the bugs flying around him will effectively discourage people around us.

Since we're at Lionhead Studios and Peter Molyneux, the Black & White series should also be mentioned. In this case, the title itself suggests a binary nature as well. However, while in Fable it could be irritating – for a game rated 16 it was quite infantile – in this case, it was a perfect match.