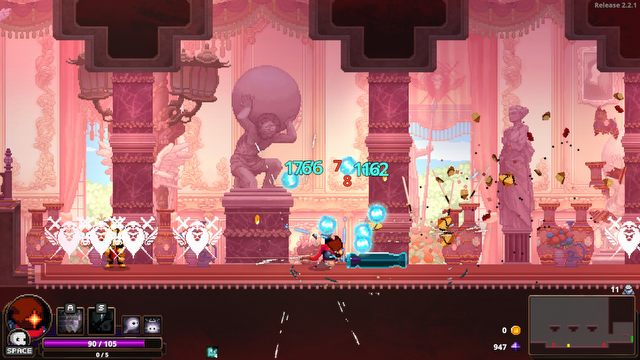 What is Skul: The Hero Slayer?

Skul: The Hero Slayer is a combination of a roguelike and a side-scrolling platform action game. This explosive mixture has been finished off with pixelart graphics and enriched with a permadeath system. It's worth taking this into account if you are not in favor of starting the adventure again because of a mistake you made.

What to expect from Skul: The Hero Slayer?

The concept is quite simple. The demonic king was attacked by an imperial army and some adventurers. As his last servant, the title Skul, we will have to save the ruler and deal with the invaders. We will fight the forces of good, collecting skulls along the way, changing the class of our character. The system will even allow for a quick change of specialization, and the entire thing will be complemented by acquired spells and ability of buying improvements. As a result, even if we're starting again, our adventures will never be the same.