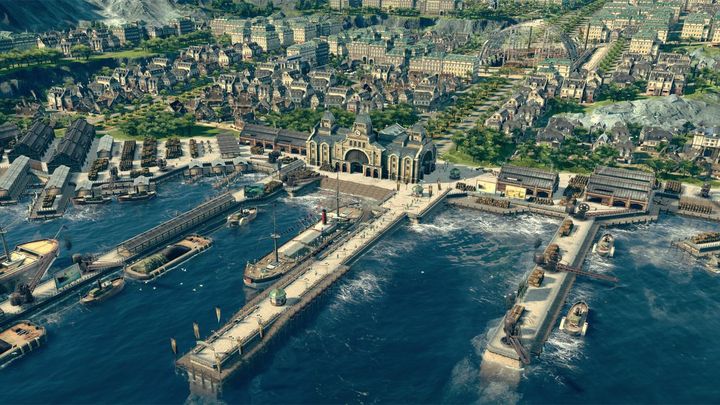 If youre interested in a strategy game of smaller scale  and maybe a high difficulty level  you should consider playing Anno 1800. The latest installment in the economic strategy games developed by the French Ubisoft. This time, players are taken to the period of the so-called industrial revolution in the nineteenth century (the date in the name of the game might be a bit confusing).

Anno 1800 is a city builder  players have to gradually expand their cities and colonies, as well as tend to settlers needs. Ones citizens are divided into several social classes making them more or less fit for performing particular tasks and consuming selected goods.

The game also requires you to develop economy, science, culture and negotiating with local nobles. The gameplay mechanics are well-thought and at the same time, it doesnt terrify you with its level of complexity (which does not mean its easy!). Among its strong assets, the game features beautiful visuals and adorable atmosphere.

It is worth noting that since its premiere in April, the game has already received two expansions, which offer more city upgrades and introduce new mechanics as well as smaller chapters to the campaign.