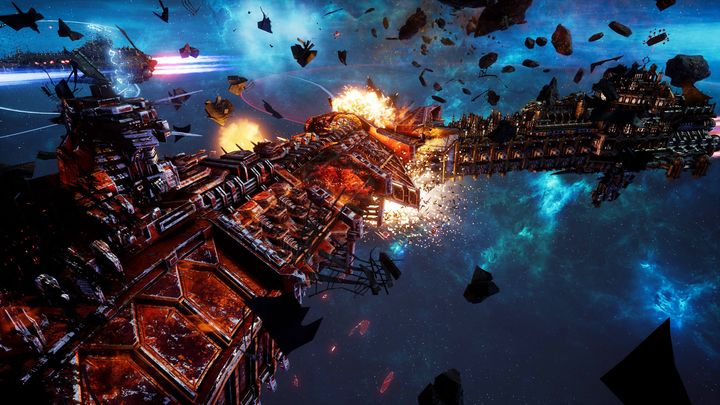 Armada 2 is a continuation of a well-received strategy game set in the Warhammer 40K universe, being a computer adaptation of the miniature tabletop game called Battlefleet Gothic. This is an RTS resembling the Homeworld series and slightly forgotten Hegemonia: Legions of Iron. This means that the entire war effort is set in space. Players command their ships, which  as befits such setting  often resemble a mixture of a flying sarcophagus with a gothic cathedral.

The game is not very fast-paced, however it requires players to come up with the right strategy and puts a lot of stress under maintaining proper unit formation (i.a. because their armor is not dispersed  sometimes, flanking an enemy might be much more effective than mounting a frontal attack. Units have diverse skills and specialties. Moreover, they are capable of earning experience, thus players should pay attention not to lose them in battle.

Battlefleet Gothic: Armada 2 features also an epic campaign with the story based on events from the WH40K universe known as the 13th Black Crusade and Gathering Storm  Abaddons attack on the Empire. The game is not innovative, however, the fans of this world should be satisfied.