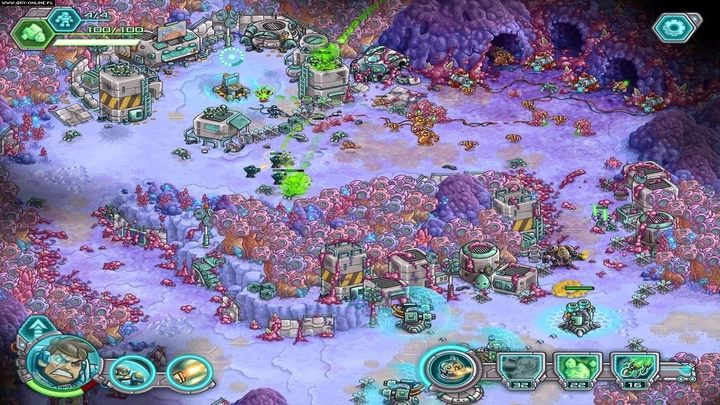 So far, we've been discussing many turn-based strategy games, so it's finally time for a dynamic RTS! Iron Marines is not a title that will please the old fashioned gamers, but it should interest all those who are looking for a more casual form of entertainment on their smartphones.

The classic RTS principles have been preserved here. You play on a map where you have to gather resources, construct buildings and produce units. Also, you have heroes at your disposal  powerful individuals with special skills, who can be developed over time by using the gained experience points. The story campaign of the game consists of various missions.

During the game you have to spend a lot of time on constructing fortifications and repelling successive waves of enemies, because Iron Marines has some tower defense features. This shouldn't come as a surprise, because the developers of Ironhide Game Studio are primarily known for their excellent tower defense series  Kingdom Rush, which is available on mobile devices. Iron Marines was originally released on mobile devices and I have to admit that this is most probably the best RTS available on this platform.

Despite the fact that the action of the game takes place in a sci-fi setting, you won't witness any hardcore fantasy world here. Instead, you will experience a casual and humorous atmosphere, reminiscent of a comic book, emphasized by a colorful visual design.