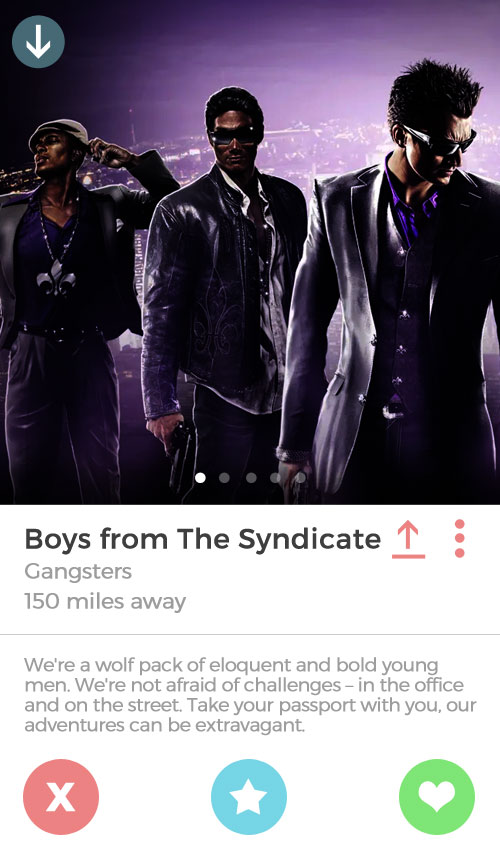 Remember the scene from Saints Row 4, when some dude runs up to the President and shouts that he's his number one fan? Better believe if it was me, instead of a kick from Oleg, I would have got a rendezvous with the entire gang.

Think of all these possibilities! Helicopters, brawls  as half of my family says: Luda zurka, masks, clubs  but also a game of chess. And, above all, joy riding all I want, in any car I want. I have gold digger element, and I'm not ashamed of it!

A sense of security is important, but why not enter into a relationship will tear it down completely? Why not look into the mouth of the wolf, as Italians say (more about it later)? But I feel I should add: don't try to do this at home.

I almost forgot. Appearance is important: gang members cannot be older than thirty. Sex appeal is, in this case, secondary.

Why polyamory? Why the hell not?!

Talking to the girls about dating video game characters was an amusing experience. I wondered if Gordon Freeman would be among those mentioned. This is, after all, a mature, bearded guy. A man of science, with a job in a secret government project, so he's probably not struggling to make ends meet. At the same time he's silent, a little mysterious, and very resourceful. He can take on a group of commandos with a rifle in his hand, but he'll also manage with just a crowbar. In the end, none of the girls uttered the name :(