Hellblade II: Senua's Saga is the second installment in a series of action games launched in 2017 by Hellblade: Senua's Sacrifice, announced at The Game Awards 2019. The title was developed by the authors of the original, i.e. Ninja Theory, and was published by Microsoft. During the game, the players once again take on the role of Senua, a Celtic warrior known from the first part of the series. 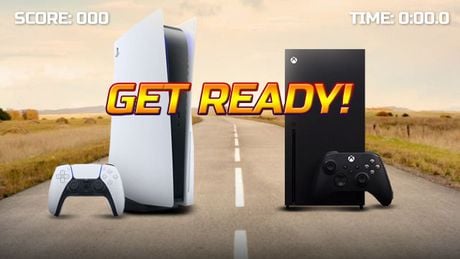 During The Game Awards 2019, we have seen the announcement of Hellblade II: Senua's Saga, the continuation of the popular game from Ninja Theory. The title is coming to Xbox Series X, the next generation of Microsoft consoles.

Xbox Games' head of marketing announced on Twitter that Hellblade II: Senua's Saga will be an exclusive title for Xbox and PC. Unfortunately, Sony console owners will have to do without.

Ninja Theory Studio has announced Project: MARA - an experimental game whose aim is to faithfully present mental horror. By the way, the devs mentioned their plans for Helbllade II: Senua's Saga.

Which Games Can be Transfered From XONE to Xbox Series X for Free?

We've learned a list of games that use Smart Delivery, a system under which a purchase of the Xbox One version will enable us to receive the game's Xbox Series X edition for free.

Hellblade 2 Will be Powered by Unreal Engine 5

Phil Spencer announced that Hellblade II: Senua's Saga, Ninja Theory's upcoming game, is being powered by Unreal Engine 5. By the way, we learned that more titles created under the Xbox Game Studios label will benefit from the new version of Epic Games' technology.

Microsoft announced that next week's Xbox Games Showcase will focus exclusively on games. There will be no mention of technical or business aspects of the Xbox Series X console.

Hellblade 2 Will Take us to Iceland

During Xbox Games Showcase, it was revealed that the action of Hellblade II: Senua's Saga will take us to Iceland. After the end of the show, a short video documenting behind the scenes of the development was published.