On the occasion of gamescom 2019, Frontier Developments has published a pleasant trailer for its latest production, the extensive economic strategy game Planet Zoo. In addition, developers have disclosed the schedule of the closed beta tests of this title, which will last from September 24 to October 8. Access to them will be granted to anyone who pre-orders the Deluxe Edition of the game on Steam.

The beta version will allow us to check the first scenario from the career mode, introducing the gameplay mechanics, as well as one of the biomes from the "sandbox" Franchise mode. In the latter, the creators will not set any tasks for us (their place will be taken by special challenges and objectives for the whole community) and will allow us to expand our zoo according to our own vision. In addition, players will be able to exchange animals to ensure genetic diversity.

Deluxe Edition of Planet Zoo offers not only access to beta-tests, but also a number of add-ons. Its owners will receive three unique animals (a dwarf hippopotamus, a savannah gazelle and the Komodo dragon), a pack of wallpapers and a soundtrack by J.J. Ipsen (who composed music to the warmly received game Planet Coaster).

Planet Zoowas announced in April and will be available on PC on November 5. 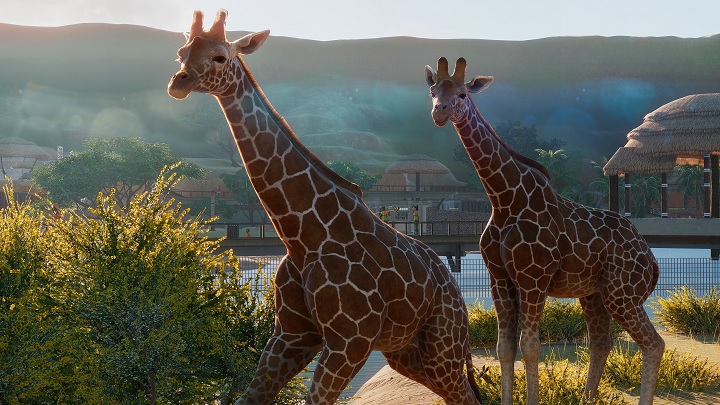 Ensuring the right living conditions for our animals is one of the keys to success in Planet Zoo.
video gamesbeta-tests Frontier Developments trailers (games) economic strategies gamescom 2019 PC