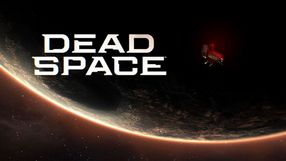 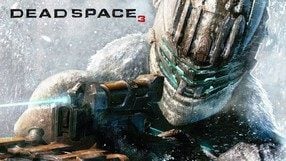 Third entry in the series of action games with survival horror features set in science fiction world. Like two previous titles, it has been developed by Visceral Games studio (known from productions like James Bond 007: Everything or Nothing and Godfather). Dead Space 3 continues the story from the second game. After escaping orbital station Sprawl, protagonist Isaac Clarke reaches a frozen planet of Tau Volantis, where he and John Carver try to end the necromorphs once and for all. Gameplay has been designed for single player experience or co-op with another player. The second option employs the drop-in/drop-out system, allowing joining or leaving at any moment. 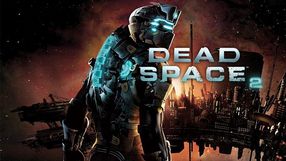 The sequel of the 2008’s Dead Space, a survival horror game. It was developed by Visceral Games (formerly EA Redwood Shores) and published by Electronic Arts. The plot of Dead Space 2 continues the storyline of fighting the parasitic race of necromorphs. The action takes place three years after the events of the original Dead Space. Isaac Clark arrives at a mining town of Sprawl which is located on one of Saturn’s moons. The protagonist has to face the alien life form that starts to spread there. In the sequel, the developers decided to put greater emphasis on dynamic action and expand the bestiary. The game also features a multiplayer mode that allows us to assume the role of both humans and necromorphs.

IronMonkey’s mobile rendition of the 2008’s science-fiction survival horror game, Dead Space. The title is not a simple conversion, though; it tells an entirely new story that takes place 3 years after the events of the original, on the very same space station the action of Dead Space 2 took place. In the game, we assume the role of an engineer nicknamed Vandal who acts on behalf of the dangerous Unitologist sect who believe the appearance of the Necromorph is a part of a divine plan of annihilating the humanity. When the protagonist realizes the danger she has caused, she begins a race against time to prevent the epidemic from spreading throughout the entire base. As far as gameplay and atmosphere are concerned, the mobile version of Dead Space does not deviate significantly from the original, introducing only the crucial changes stemming from the properties of handheld devices.

A spin-off installment in the Dead Space survival horror series which combines elements of logic games and interactive comics. Anthony Johnson, the author of the comic books that accompanied the launch of the original Dead Space, was involved in the title’s production. The game is a prequel to Dead Space 2 and its action is set on the colony of Sprawl, several hours before Isaac Clarke’s arrival. On the pages of the comic we learn the details concerning the epidemic that turned the inhabitants of the mining complex into bloodthirsty necromorphs. This lets us expand our knowledge of the Dead Space universe and gives the series’ plot a deeper meaning. The gameplay in Dead Space Ignition is a chain of hacking sequences in the form of three mini-games: Hardware Crack, Trace Router, and System Override. Moreover, from time to time, we are forced to choose our course of action; these decisions will shape the fate of the protagonist.

An arcade first-person rail shooter and a spin-off installment of the bestselling survival horror series by Visceral Games, Dead Space. The game’s plot is a sort of a prequel to the events presented in the original Dead Space and explains the reasons why its protagonist, Isaac Clarke, went to USG Ishimura which was infected by a mysterious alien race, the Necromorph. Dead Space: Extraction is focused on the colonists of Aegis VII, a distant mining colony, and their fight against a deadly infection. In contrast to the game’s predecessor, the action is viewed from the first-person perspective, and the gameplay is significantly more dynamic and boils down to exploring subsequent locations, efficiently eliminating all encountered mutants. The title is designed to utilize the capabilities of such controllers as WiiRemote and PlayStation Move. 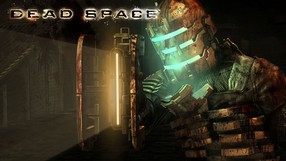 A third-person survival horror action game developed by EA Redwood Shores. The plot of Dead Space is set in the distant future. The main protagonist, Isaac Clark, is given a task of investigating the situation on a mining ship that has just sent a distress signal. Upon arrival, he discovers that the entire crew is dead and the bodies of the dead miners are possessed by a parasitic race of necromorphs. Contrary to typical TPS games, the gameplay of Dead Space is primarily focused on building tension and the atmosphere or danger; shooting sequences that take place in zero gravity are of secondary importance. The terrifying atmosphere is empowered by the dark audiovisuals.