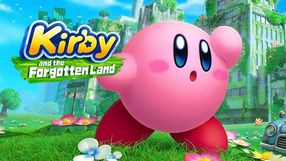 Action game with RPG elements, designed for multiplayer fun. In Super Kirby Clash, up to four players face powerful bosses as they progress, gaining the resources needed to manufacture and upgrade equipment and advance to new levels.

Another entry in the popular series of platform games developed by, among other developers, the Japanese studio HAL Laboratory. The game was developed for Nintendo Switch and – similarly to previous entries in the series – it enables the player to assume the role of the titular character, who travels through vast and varied levels. During the game they must jump between platforms, avoid traps and dangers and fight encountered enemies, among which there are large, powerful bosses. The developers implemented a novelty to the series – the enemies can become allies if Kirby throws enough hearts at them. The allies can be controlled by artificial intelligence or by other players. This enables the protagonist to combine his abilities with the power of elements obtained from his companions.

An action game with fighting game features. It was developed to celebrate the 25th anniversary of the Kirby series. Kirby: Battle Royale was developed by HAL Laboratory. The studio created ten gameplay modes. In one of them the player must collect rocks and deliver them to special devices. In another the player must transport rockets to cannons that shoot at a boss. In general the gameplay focuses on fighting other players. The game supports local and online multiplayer for up to four players. They fight each other on a small arena by using powers of the titular Kirby. He can throw a lasso, control ice, use sword etc. The gameplay mechanics aren’t complicated, but winning requires training and learning advantages and weaknesses of the characters. The game is designed for multiplayer, but it can be also played in single player training mode.

An expanded version of the Kirby 3D Rumble minigame from Kirby: Planet Robobot. The gameplay is focused on traveling through 3D levels in which we must eliminate many enemies and collect coins in the shortest possible amount of time. Kirby's Blowout Blast is based on the same rules, but the levels are now more complex with additional enemies and bosses. The main character, a pink creature called Kirby, can swallow enemies and then spit them out at other enemies. Time is important in Kirby's Blowout Blast, which means that the players need to have good reflexes during fights. We can get additional points by hitting several enemies with one shot or eliminate them one by one without missing. We can be rewarded with one of three ranks, bronze, silver and gold, on more than 25 levels. Kirby's Blowout Blast encourages the players to replay the levels and to top their previous scores.

A multiplayer action game by Nintendo, utilizing a free-to-play model. As the title implies, the players take on the roles of Kirbys, who participate in team battles with boss enemies threatening the Dream Kingdom. The team can consist of up to four players, and to win you have to cooperate with others and make use of your strengths. There are four kinds of Kirbys to choose from (Sword Hero, Hammer Lord, Doctor Healmore and Beam Mage), and every one of them has their own unique abilities. One Kirby can be physically strong, while the other heals his companions. When your team succeeds, you earn experience points, which increase your stats. Moreover, the resources you collect during the game can be used to craft new equipment. Team Kirby Clash Deluxe features microtransactions — to participate in battle, you need Vigor points, which renew automatically over time, but they can also be bought for Gem Apples, the in-game currency sold for real-life money. Gem Apples can also be useful when you want to continue the battle right after losing. The currency can also be earned as you play by participating in Heroic missions or visiting the Bandana Waddle Dee's tree.

Another installment in the platformer series for Nintendo 3DS. The titular protagonist of Kirby: Planet Robobot is a little pink fellow who has to bring back order to the Dream Land, as it was attacked by mechanical entities causing turmoil that needs to be dealt with. Mechanics are similar to those in the previous installments. The player travels through platform levels, uncovers secrets, and fights enemies – Kirby swallows them, which allows him to gain their special skills. The most important novelty are the mechanical armors – they enable him to overcome otherwise impassable obstacles. Kirby: Planet Robobot offers a single player campaign and the co-operation mode named Kirby Clash, in which three players face powerful bosses. From the technological point of view, it is a 2.5D platformer in which you can go deep into levels.

Kirby and the Rainbow Paintbrush

A 2D platform game featuring Kirby, one of the most famous Nintendo game characters. The production, which is a spiritual successor to Kirby: Power Paintbrush for DS, was developed for Wii U. The game utilizes the GamePad and its touchscreen. You use it to draw rainbow platforms in the clay world, which are then used by Kirby to move around and also avoid obstacles and enemies. There are standard levels and special maps, on which Kirby transforms into various machines and vehicles, such as .e.g. a submarine or a tank. This makes the gameplay more platformer-like, which is evident from boss battles, usually taking place at the end of a given level. The game features nice, very colorful visuals.

An adventure platform game addressed to younger players. The title Kirby is torn apart into ten independent parts by an evil sorcerer. We start by controlling only one of them, but with time they join the next. Overcoming obstacles and solving puzzles requires the use of all creatures under our command.

The popular mascot Nintendo returns to the platform roots of the cycle, although it also offers an interesting innovation. Kirby is able to change its shape and transform itself into e.g. a submarine, a combat robot or a sports car. The authors have prepared a campaign for a single player and a cooperation mode for two people.

Another part of Kirby's adventures. As usual, we are dealing here with a combination of adventure elements with dynamic action and multicolored world.

Re-edition of the three-dimensional platformer, which originally appeared on Nintendo 64. We play the role of the title ghost, setting out to search for fragments of broken crystal.

Kirby Squeak Squad is a two-dimensional arcade game about the adventures of a pink hero with round shapes. Unlike its predecessor, Canvas Curse, the next edition of Nintendo's work focuses mainly on platform elements, thus returning to the roots of the series.

Kirby's story began when he met a sorceress on his way, who was responsible for turning the whole world into one big picture. She then transformed our main character into a ball, and he decided to set off on a journey to restore the old world order and return to his original character.

Two-dimensional platformer with the title role of the Nintendo mascot. Our hero is cut into four equal parts and before he defeats evil once again he will have to reunite. The game focuses on multiplayer mode for up to four people, although it also allows you to have fun alone.

The prototype of this game was released on the N64 console. Now, in a refreshed version, we take on the role of Kirby's friendly spirit and race with the use of various shuttles on different, colourful routes.