One of the many installments in the series of dance/party games released annually by Ubisoft. Similarly to what the players may know from previous editions, your task is to follow the choreographies performed by colorful characters dancing on the screen. The more accurately you repeat their moves, the higher the score you get. Just Dance 2018 offers several dozen pop songs, both classic hits and new releases. That latter category includes: Clean Bandit ft.Sean Paul & Anne-Marie  Rockabye, Bruno Mars  24K Magic, Ariana Grande ft. Nicki Minaj  Side to Side, Bebe Rexha ft. Lil Wayne  The Way I Are (Dance With Somebody), Jamiroquai  Automaton, Shakira ft. Maluma  Chantaje, Hyuna  Bubble Pop, Hatsune Miku  Love Ward, Groove Century  Daddy Cool, Big Freedia  Make it Jingle. Just Dance 2018 uses dedicated motion controllers and cameras or a special mobile app for monitoring players moves. 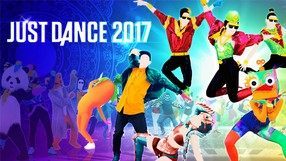 The next installment in the popular series of dancing games developed by Ubisoft. The series allows the player to feel like the professional pop dancers who accompany the greatest stars on the top scenes of the world. In Just Dance 2017 the basic gameplay mechanics remained unchanged in comparison to the previous entries in the franchise. During the game the player must repeat the movements of the dancers displayed on the screen and the system (which, depending on the gaming platform employs different controls) will grade performance and technique. The game, as usually, is filled with licensed hits of such performers as Queen, Shakira, will.i.am, David Guetta, Sia, Justin Bieber and PSY. It is worth mentioning that Just Dance 2017 is the first installment of the series that was released also on personal computers.

Another installment of the popular dancing game series by Ubisoft. In Just Dance 2016, the fun is about dancing to the hottest hits of pop music. Video clips with dancers showing us the moves are displayed on the screen and our task is to recreate the choreography as faithfully as possible. The biggest novelty of this installment is the introduction of the Just Dance Controller application, thanks to which all we need to play is a smartphone held in our hand. Moreover, the Just Dance Unlimited platform, which is a streaming service that lets us dance to the tracks it offers, debuted with the production. The game also received an updated song list; these include: Uptown Funk - Mark Ronson Ft. Bruno Mars, Born this Way - Lady Gaga, All About that Bass - Meghan Trainor, I Gotta Feeling - the Black Eyed Peas, Want to Want Me - Jason Derulo, and many other hits. The track list consists of tracks for solo performances, duets, and even dancing groups.

Another of the annual installments of the popular dance series by Ubisoft studio, developed continuously since 2009. It allows players to once again take on the role of professional pop dancers, making use of popular motion controllers such as PlayStation Move, Kinect or Wii Remote. The aim of the game is to recreate the movements visible on the screen as faithfully as possible, and we can play alone or with friends, dancing together in front of the TV. Our progress and technique are constantly evaluated and rewarded with a high score. 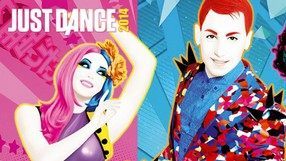 The next installment of the popular dance game, this time dedicated to the fun of children and parents at the greatest hits of the world-famous film studio. Players will find 25 tracks representing both the great cinema hits like the Jungle Book and popular entertainment programs from the High School Musical at the forefront.

Just Dance Kids is the next installment of a series of dance games, which is about imitating the steps and movements of virtual shadows. This time the whole thing is addressed to a younger audience.

Continuation of a popular dance game created by Ubisoft. Again, the game is about keeping pace with the dancers' silhouettes displayed on the screen. Compared to the original, there are many new songs and dance arrangements. We can play alone, in a duet with a friend or take part in a tournament for eight people.

A music game where the aim is to keep up with the virtual masters of dance. Fun mechanics makes good use of the Wii motion controller. A dancer's shadow is displayed on the screen and our task is to recreate his movements. We can also show vocal talents in karaoke mode.