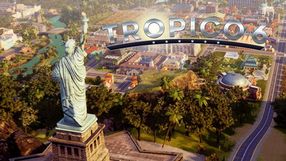 One of the installments in the economy strategy game series started in 2001 - Tropico. The game has been developed by Limbic Entertainment - the creators of Might & Magic X: Legacy and Might & Magic: Heroes VII. In Tropico 6, the player assumes the role of El Presidente - the leader of a banana republic. The objective is to manage the country by developing the cities, providing the citizens with jobs, fixing the damage caused by various natural disasters, as well as issuing decrees that shape both domestic and foreign policies. One of the novelties delivered by Tropico 6 is the fact that the action of the game no longer takes place on a single island - instead, the country is spread between multiple islands, all of which have to be managed by the player at the same time. The islands can be connected by bridges and tunnels. The game also features agents, who can be dispatched to various corners of the world to - not entirely legally - obtain blueprints for certain structures, such as the Statue of Liberty or the Eiffel Tower. Moreover, the developers decided to allow the players to modify the main palace and appear before the society. During a speech, a player can e.g. make populistic promises. 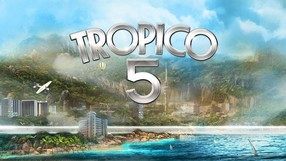 The fifth installment in the popular series of economic strategy games developed by studio Haemimont Games, which is responsible for the franchise since the third entry in the series. The game makes the player a leader of a small tropical island, responsible for governing it all the way from the colonial age through modern times and to the near future. Your tasks will be, as usual, to develop the city and take care of its industry and economy. You must also react in real time to the changing situation caused by natural disasters, different needs of the society, and global politics. The new installment adds the possibility to create your own dynasty and entrust the most important positions in the government to your own family members. For the first time in the history of the series the game features a multiplayer mode for up to four players. 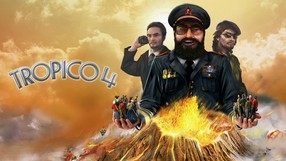 The fourth installment in the humorous series of economic strategy games in which we assume the role of a ruthless dictator of a small banana republic. After the previous developer (responsible for the first installment from 2001) was taken over by THQ, the series was given to Haemimont Games. The main highlight of the gameplay is taking care of the countrys budget, which is fed by resource mining and production of various goods. The citizens happiness is also an important aspect. We take care of them through creating various public utility buildings. To get the political chaos under control, we can use military, bribes, intimidation, or even public executions. If brutal methods dont serve their purpose anymore, we can attempt to talk with the opposition, and in case of a natural disaster, The Red Cross will heed our call. In the fourth installment of the game, we are introduced to a new set of special buildings and a system of trading with neighboring countries.

The third installment in the bestselling series of economic strategy games, this time also available on the Xbox 360 console. Although the series was handed to a different developer, the Bulgarian studio Haemimont Games, the foundations of the gameplay remained unchanged. In the game the player assumes the role of a leader of a small island nation and transforms it into either a democratic paradise or an oppressive dictatorship. The player is tasked with gathering resources, taking care of welfare of the citizens and maintaining diplomatic relations. For the first time in the history of the series the player can directly control the dictator and decide about his looks and abilities. As the leader, one can freely move across the island and directly influence various aspects of the nation. The terrain itself can also be freely shaped. A fully three-dimensional graphics engine provides excellent visual experience.

A special package consisting of two parts of Pop Top Software's well-known strategic series - Tropico, as well as an addition to the first of them - Tropico: Rajska Wyspa.

Developed by Frog City Software team, the sequel to the popular Tropico economic strategy from 2001. Unlike its predecessor set in the 20th century, the game takes us to the 17th century and allows us to become the real ruler of the southern seas. We play the role of a pirate king, managing the base, hidden on one of the islands of a fictional archipelago. Our main task is to provide all the pirates' pleasures, such as food, wine, women, gold and gambling.

Tropico is the first installment of the popular cycle of economic strategies. The player plays the role of a dictator on one of the islands of the fictional archipelago. Its task is to bring a small state to bloom. Developers from PopTop Software studio took care of humorous approach to the subject and climatic visual setting.