The fourth full-fledged installment in the best-selling action series Metroid Prime, owned by Nintendo. Metroid Prime 4 is the first installment designed for Nintendo Switch. The game’s protagonist is Samus Aran – an interstellar bounty huntress fighting with Space Pirates. After the events presented in the previous game, the heroine gets entangled in another intrigue, which forces her to embark on another dangerous journey. In the game we go through vast, nonlinear levels and fight the opponents we encounter – implemented in first-person shooter mechanics. The heroine has not only got a diverse arsenal of energy rifles, but also a wide range of special skills. One of them is Morph Ball, which allows her to reach hardly accessible places. Thanks to such mechanics, the challenges the player faces in Metroid Prime 4 are not only arcade in nature but logic-based as well. 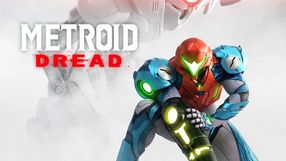 Metroid: Samus Returns is a remastered and thoroughly remodeled version of Metroid II: Samus Returns, which was originally released on Game Boy in 1991. The modern version was developed by MercuryStream Entertainment, creators of games like the well-received Castlevania: Lords of Shadow. As the title may suggest, Samus Aran, an intergalactic bounty hunter who fights with space pirates, is the protagonist here, just like in many other Metroid games. Action in the game is presented from a side-scrolling perspective. Gameplay focuses on exploration of various vast and nonlinear levels and elimination of the titular metroid creatures. As we progress, we gain access to new areas. Samus uses a wide range of Beams, futuristic cannons that fire energy bullets and beams. She also uses the unique abilities that her Space Jump suit grants her (she can jump higher when using it). Additionally, Samus can take alternative forms that will help her get to some normally inaccessible areas.

Another installment of the popular series of games for Nintendo consoles. Similarly as previous titles from the Prime sub-series, Metroid Prime: Federation Force is a science-fiction first-person shooter. It was developed by Next Level Games and features only a stub of a plot. During the game the player assumes the role of a soldier of the Galactic Federation. Together with his companions, he fights against the Space Pirates while controlling mechs. The basic campaign mode was designed with cooperation mode for up to four players in mind. Despite the fact that the game focuses purely on action elements, the developers added a bit of tactical depth – before each fight the player can select the equipment of his mech. The game also contains multiplayer modes based on competition between players, including a special mode called Blast Ball, which is a futuristic variation of soccer for two three-person teams.

Fourth installment of Samus Aran's three-dimensional adventures. The Ninja Team is responsible for the work of the Ninja team, which is why it is largely reminiscent of the team's greatest achievement - the Ninja Gaiden series.

Metroid Prime Trilogy is a package of three first-person action games, whose heroine is Samus Aran, an intergalactic prize hunter. Included in the set: Metroid Prime, Metroid Echoes and Metroid Corruption. Developers from the Retro studio also took care of the implementation of the Wii Remote controller, as well as a set of additional materials related to the Metroid series.

The main character of "Metroid Prime 2: Echoes" is again Samus Aran, an intergalactic award hunter. Hired by the government of the Galaxy Federation, she travels to the planet Aether to find the lost troop of the federation's soldiers and help him return home.

Metroid: Zero Mission again allows us to play the role of a girl named Samus. She can run, jump, shoot aliens. As he progresses, he gains additional skills that make it easier for us to exterminate enemies and explore new levels.

Two-dimensional action game belonging to the cult series Metroid. Again, as a modern armor-clad warrior Samus Aran, we have to face bloodthirsty aliens. The game resembles a typical platformer with shooting elements, but unlike most games of this genre, Fusion provides a lot of freedom of exploration.