Do you already feel the magic of Christmas? Neither do I, but apparently the owners of Epic Games Store do. Dealabs.com published a rumor that Tim Sweeney's company is preparing another big game giveaway to celebrate Christmas.

Similar actions took place in previous years, so one more is very likely. What's more, last year the store published a similar announcement and a list of titles, which was eventually confirmed in every single case. Earlier, the website also revealed that Ubisoft will be giving away for free Ghost Recon or Anno 1404: History Edition (the latter offer is still available). So we can treat this news more as a leak than a rumor. 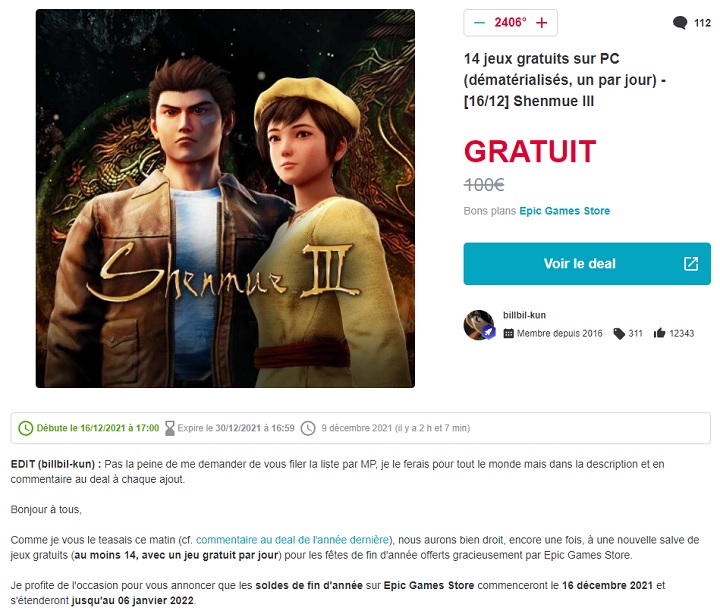 And what exactly can we look forward to this Christmas? A total of 15 free games. They are to be given away from December 16 to 30 - This is said to coincide with Epic Games Store Christmas Sale, which runs from December 16 to January 6. According to Dealabs.com, the first game to be offered for free will be Shenmue III, an action adventure game co-created by series' father Yu Suzuki and studio Ys Net. Other titles will probably be a surprise - if they won't be leaked online beforehand, of course.

This Could be the End of Easy Teleports in LoL; A Revolution is Coming