Is it possible to show on one photo how experienced a gamer we are? One Reddit user came up with an idea to gather all their consoles in one place. There are a few items missing, but the photo depicts the development of consoles across 40 years of history.

User known as Luxmatic collects gaming devices from the beginning of his adventure with digital entertainment. He claims to have sold only one - NES (Nintendo Entertainment System) to switch it to Super NES. He still owns his first consoles, such as the Atari VCS or Vectrex. A post with the original photo is available here. I invite you to study the photo along with the designations and their description. 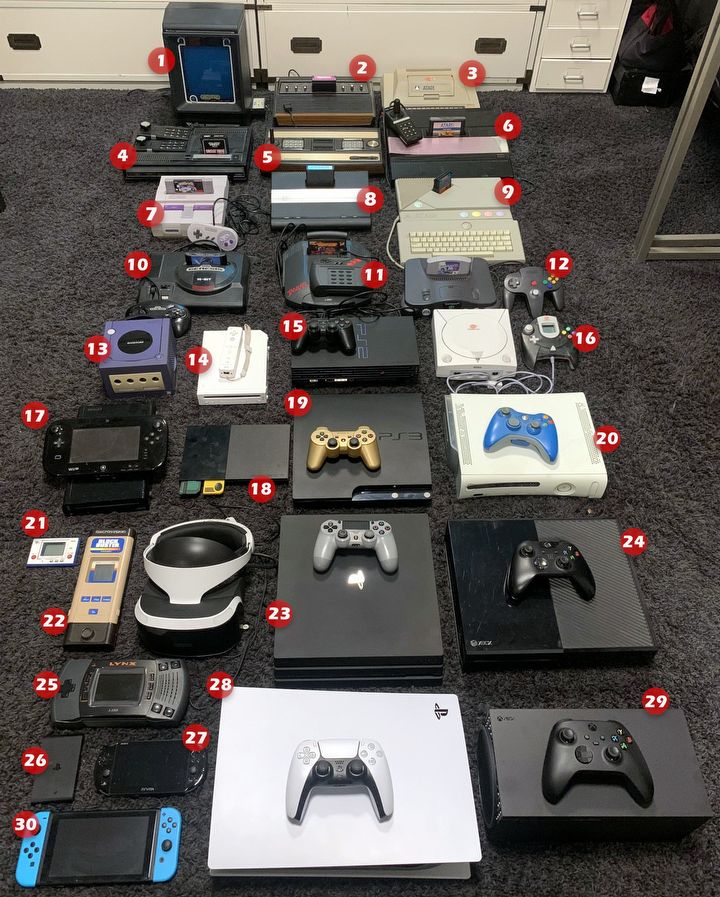 Of course, these are not all devices owned by Luxmatic. In the comment under his post he also mentions arcade machines in the basement and a few models not visible on the photo. He also does not limit himself to consoles, and plays on PC as well. Thus we cannot call him a console player. I invite readers to share photos of their collections. Show me what you have interesting.