Every year in December GTA Online receives an update, implementing a number of novelties (last year it added a major heist - The Diamond Casino Heist). Therefore, the web has seen first rumors about what the nearest patch can introduce. According to them, a new map is to be added to the game. If this were true, it would be the first time that Rockstar decided to enlarge the world of GTA Online. But what are the chances for that? Let's analyze the situation.

The source of the rumor is Rockstarmag. The author of the article - Liberty93, referring to his sources, said that the December update will be the biggest one that has ever been published in GTA Online and will introduce a new map. As a support for his words, he gives excerpts from Take-Two's investor conference (Rockstar is a subsidiary of this company). The transcript includes the following statement:

The above quote does confirm that a major update will come to GTA Online in the coming months, but it does not suggest that an additional map will be implemented in the game and when this would happen. Instead, it mentions further heists in new locations, which may actually be not far away. This is because the recent changes in the game and a recent event suggest that they may actually occur. However, they are not supposed to be completely new locations, but already existing places, only expanded.

Another argument that is said to suggest the appearance of a new map is the recently published video of the band Gorillaz - The Valley of The Pagans. The last shots from the clip are supposed to present the place we're going visit in the update. However, we should note that the island looks the same as the one on the cover of the band's 2010 album titled Plastic Beach. The situation is not improved by the fact that the video was removed from the band's official YouTube channel and now we will only watch it through external accounts. The song itself and the teaser for the video, which does not contain any fragments from GTA 5, are still available and we can watch them without any problems. What does this state of affairs mean? Most likely, Rockstar filed a copyright claim and the video was removed. 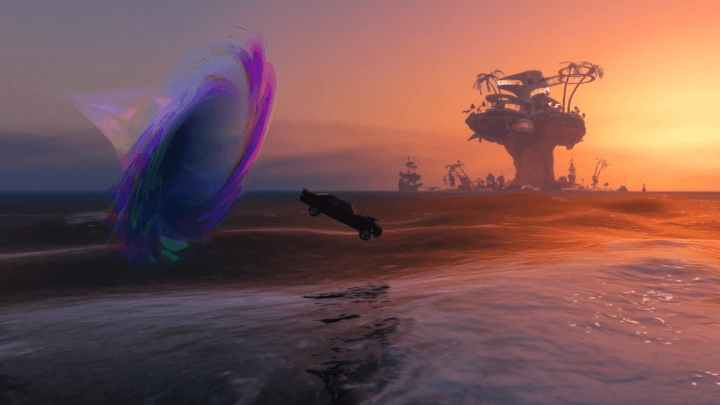 The frame from the removed video to The Valley of The Pagans... 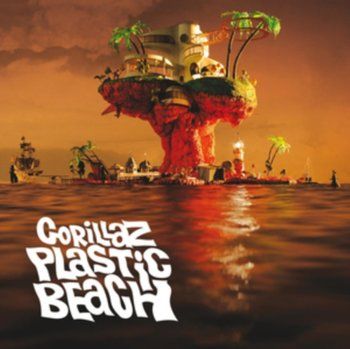 ...and he's cover of the Plastic Beach album.

It is also worth noting that the band Gorillaz itself has recently shown interest in playing video games in general. In addition to the above mentioned The Valley of The Pagans, they have also published a song titled Pac-Man inspired by the iconic brand, and appeared in the Animal Talking show, which is taking place in Nintendo's hit game Animal Crossing: New Horizons.

As you can see, the rumors should be taken, as always, with a grain of salt. There are many unknowns and uncertain sources here. Of course, there is a chance that the information provided by Liberty93 is true, but at this point this cannot be verified. All we can to do is wait for a development.