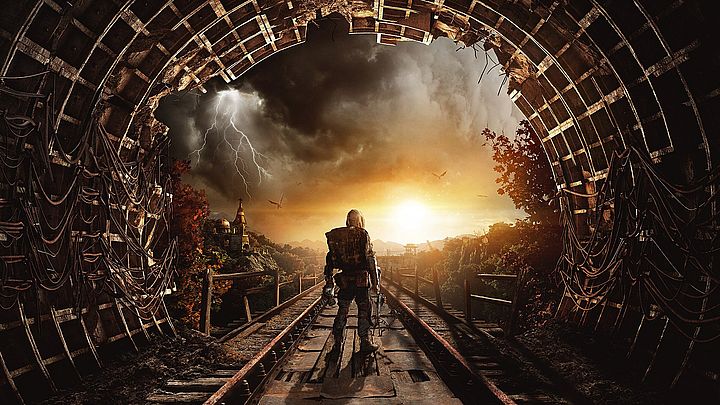 Metro Exodus can be beautiful even without ray tracing.
IN A NUTSHELL:

Eurogamer posted an interview with Oles Shishkovstov, CTO at 4A Games. The conversation was mainly about porting Metro Redux to Nintendo Switch, but there was also a ray tracing theme. It seems that the studio is fully involved in the development of the technology and will use it in its new games. When asked about key aspects of next-generation consoles, specifically the general knowledge of how the PS5 and Xbox Series X support ray tracing, Shishkovstov answered as follows:

"We are fully into ray tracing, dropping old-school code path/techniques completely. Internally we experimented a lot, and with spectacular results so far. You will need to wait to see what we implement into our future projects."

As you can see, the company has no intention of giving away all the details now, which seems quite obvious. It is worth noting that from the developer's words we can deduce (maybe a bit excessively, but still) that ray tracing support will indeed be one of the key aspects of next generation consoles.

Let's add that 4A Games is at the forefront of companies that openly and with great commitment support the development of ray tracing technology. The Metro series is the best example of this. While we still don't know much about the specifications of the upcoming consoles, the 'declaration' of ray tracing as a key element triggers different reactions among the players.

Interest in the technology is growing, as Jen-Hsun Huang, CEO of Nvidia, noted some time ago, going as far as to say that ray tracing in PS5 and Xbox Series X is, indirectly, Nvidia's achievement. Moreover, the company points out that two thirds of the chipsets currently sold for desktops support this solution. It is also known that work on cards supporting the technology is underway in the AMD camp.