The first major expansion for Assassin's Creed: Valhalla will debut on April 29. So far, we've only seen a glimpse of what's to come - the entire Ireland to explore, tracking down cultists, dealing with local rulers and Celtic folklore. Now, thanks to the curiosity of The Gamer, we got to know what socio-cultural setting we'll immerse ourselves in in the Wrath of the Druids DLC.

Editors of The Gamer sent a few questions to Hugo Sahuquet, deputy creative director at the Bordeau branch of Ubisoft. When answering, the developer began by outlining the time frame in which the action of the expansion begins. It will take place 80 years after the first Viking raid on Ireland and four decades after their first settlement in Dublin (its modern capital).

For some unknown reason Irish and Nordic cultures merged better and faster than, for example, the latter with the English, which we could experience in Valhalla.

At the time of the expansion, there was a new generation emerging: the Norse-Gaels , born from marriages between Norse and Gaelic (South Scottish, also known simply as Highlanders - ed.) people. These marriages were used both by the Norse and Irish to secure the other's protection, land, or assistance. The Norse-Gaels were embracing both of their cultures, and Dublin soon became a very cosmopolitan city. (via The Gamer).

By this time, the Vikings - defeated by the great Irish king, Aed Findliath - had abandoned their dreams of conquering Ireland. Instead, they focused on doing business with the local population, including hiring themselves out to local rulers as mercenaries. Sahuquet referred here to historical sources, according to which another great king of Ireland, Flann Sinna, used Nordic warriors in his military campaigns. Recruitment for one of these campaigns is to be the nucleus of the plot of Wrath of the Druids.

What happens next? We'll find out in about two weeks. For now, two things seem certain. First, Ubisoft intends not so much to continue, as to expand on the narrative we saw in AC: Valhalla. Sahuquet revealed that we'll see not only the aforementioned Flann Sinna, but also the then ruler of Dublin, Barid mac Imair. Secondly, we'll once again see the reality from the perspective of two different nations, although due to the historically documented greater intimacy of the Vikings with the Irish than with the English, we can expect that this will be presented in an even more interesting way. Maybe we'll even join the Irishmen and women in a common fight against the English? 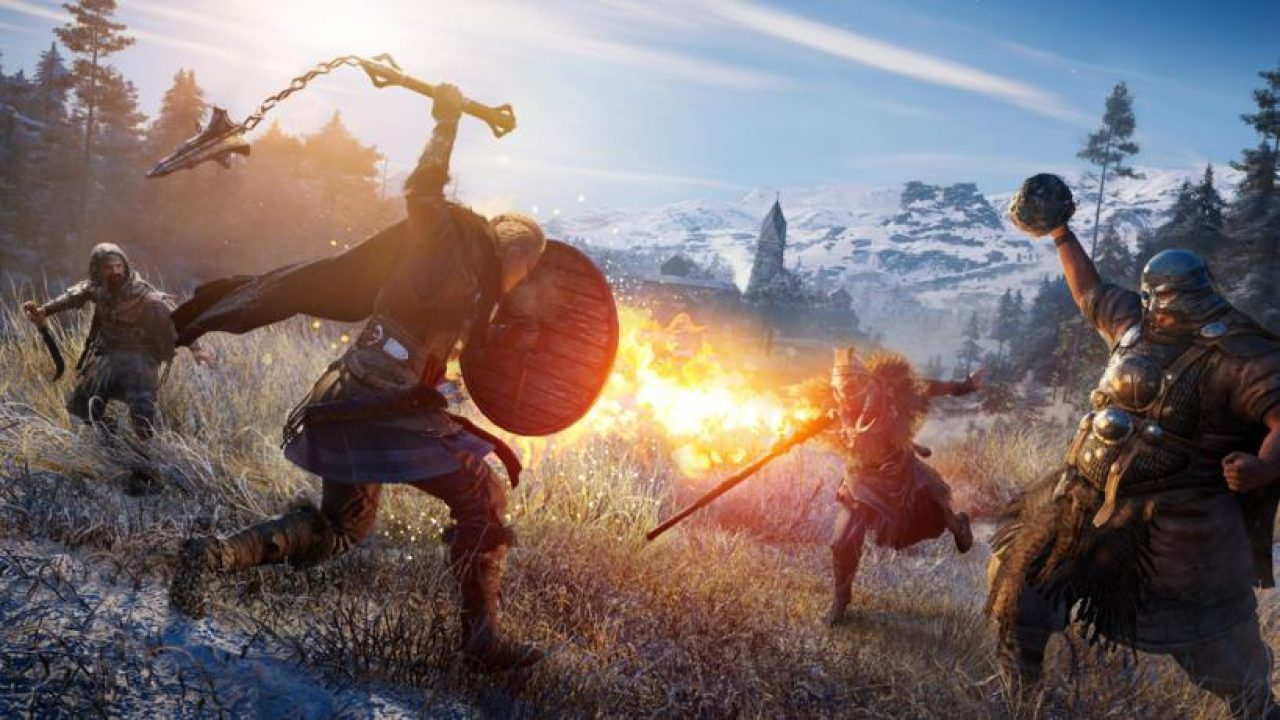 Toss an axe at your Briton, o valley of plenty.

The character of Barid mac Imair, although modeled on the real King of Dublin, who ruled in the years 873-881, will be at least partially fictionalized in the Wrath of the Druids DLC. The developers decided that his in-game rule would be established by Aed Findliath, who thwarted the Vikings' expansion plans. Sahuquet commented as follows: "Though there are no definite records of Barid's parents (except for the fact that his father was a Viking - ed.), we imagined that Barid was chosen by Aed exactly because he was a Norse-Gael, born from an Irish mother," (via The Gamer).

Sahuquet assured fans of the Assassin's Creed series that the Wrath of the Druids DLC was conceived with attention to historical detail. To ensure the latter, Ubisoft was to work with experts in both Viking and Irish history - Professor Clare Downham from the University of Liverpool and Professor Sean Duffy from Trinity College Dublin provided consultation. The academics' main task was to familiarise the development team responsible for the narrative with "archeological research and historical reconstructions of the cities and customs at the time." (via The Gamer).

Assassin's Creed in Brazil? Writer on the Future of the Series

Jason Schreier Against Online Criticism, Claims Players are Not Objective