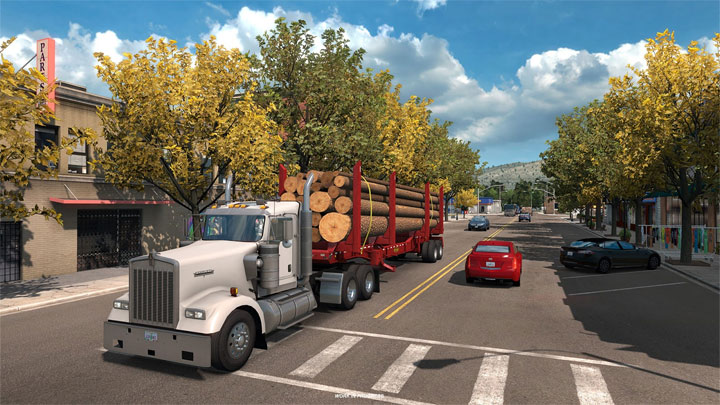 The DLC will hit the stores this year.

AMERICAN TRUCK SIMULATOR IN A NUTSHELL:

SCS Software studio has announced American Truck Simulator: Washington, another expansion to the popular truck simulator from 2016. The developers released some first screenshots last week, but did not specify exactly what they were depicting. However, fans quickly analyzed them and came to the conclusion that it was an expansion focusing on Washington. We now know that this speculation has proved accurate.

American Truck Simulator: Washington is supposed to be a non-stand-alone expansion, so you'll need the basic version of the game to play. The expansion will be released this year and for the time being the developers are not ready to give us a more precise release date.

Developers have revealed that Washington was a natural choice as the subject of the next expansion, as it is adjacent to Oregon, where the previous expansion took place. The team wanted to refine the west coast first and treat it as a foundation for further territories.

Information about American Truck Simulator: Washington is very scarce for now. The developers promise a high level of detail and many famous locations, including the famous U.S. Route 101.

Lets quickly remind that American Truck Simulator was released on February 2, 2016, exclusively on PC. Until now, the game has seen two large paid expansions in the form of the 2017 New Mexico expansion and last year's Oregon DLC.

Fortnite Save the World is done with random lootboxs