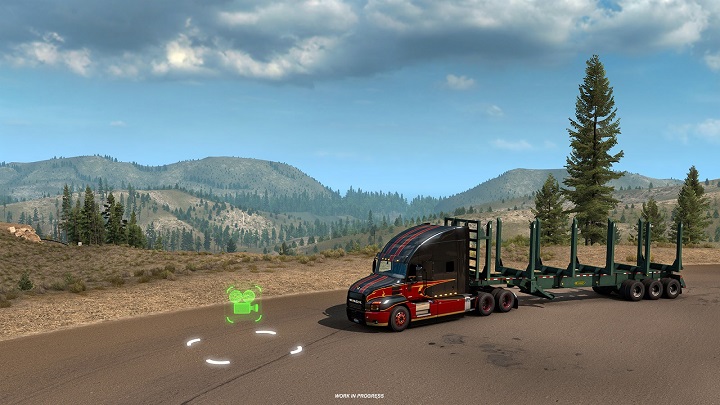 From now on, American Truck Simulator will enable the players to admire the views.

Developers from SCS Software informed that theAmerican Truck Simulator expansion, which will enable us to visit the state of Idaho, will also add a new element of the game in the form of viewpoints (similar to those from The Crew). They will be placed in various locations and will encourage the players to stop for a while to admire the most interesting and beautiful places, which will be presented by means of special cinematic cut-scenes. Such locations will be visible on the GPS (purple star icon). The devs have provided a short video presenting the new feature.

It's worth noting that for now, the viewpoints will only be available in Idaho, but if they are well received by the players, the developers will surely take care of expanding their list (both by adding the feature in other regions of the USA, as well as enriching the locations with e.g. interesting information about the spot). The expansion adding Idaho will be released in July, and we can already add it to the wishlist on Steam. The next expansion, Colorado, will probably be released by the end of this year.