Among Us quite unexpectedly turned out to be one of the biggest phenomena of the second half of last year. Staggering results in terms of the number of players led the team from InnerSloth to abandon plans to develop a continuation of the unusual online game and focus on expanding the first installment. And indeed, the development continues. What fans of Among Us can expect in the future is revealed in the recent post of the devs published on their official website.

First of all, we received an assurance that the new map, called Airship, announced at The Game Awards 2020 in December, should appear in Among Us soon. Of course, the update that will introduce it will be free for everyone. In addition, detailed plans for the development of the title in the coming months are to be released soon, as is the system of accounts in the game, which would be easy to moderate and would offer a list of friends or insight into the stats in the future.

The devs in their entry also did not fail to include some thanks. They are grateful mainly for the two awards they received at The Game Awards 2020, and breaking the barrier of one million followers on Twitter and TikTok. They also did not forget to mention their recent achievements, among which we can mention the launch of Among Us on Nintendo Switch and Epic Games Store. 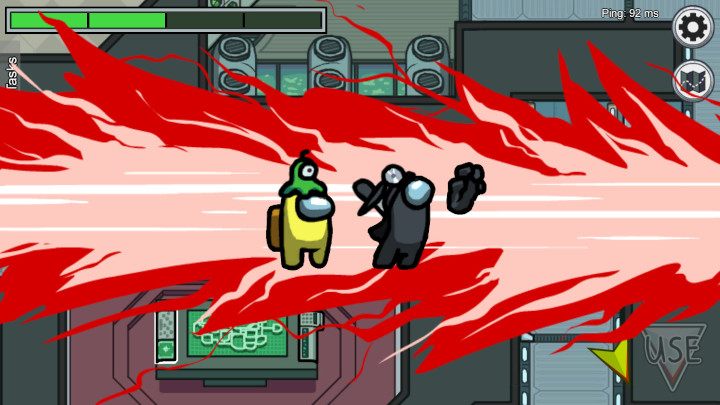 Among Us' player can slowly get ready for novelties.

All this sounds very good, but one gets the impression that Among Us' development is not proceeding as smoothly as it could. Why is that? The answer can be found in the entry discussed here. According to the devs, the game's unexpected popularity explosion, mentioned at the beginning, and the decision to continue the support for it is to blame for everything.

"We had to spend 2 months just restructuring, figuring out new processes, and getting external partners to help us manage on board. Originally it was just 3 friends working together (...), but if we wanted this to work long term and hire up, we needed to streamline things. Its all behind the scenes work, and while it meant time away from the game, itll make it easier for current and future us to develop the game better."

Additionally, time is taken up by ports to Nintendo Switch, Xbox One and Xbox Series X/S. While the team at InnerSloth has adequate help in preparing them, the projects still require adequate attention on their part. In addition, there are plenty of other things on the developers' minds (legal issues, meetings, etc.) that are also affecting the delays.

So why doesn't InnerSloth just hire more staff? They explain that it is not that simple. First of all, it could lead to further delays and financial problems, which in the worst-case scenario could lead to the closure of the studio.

Therefore, Among Us' players can only wait patiently for what 2021 will bring. Let's hope that, in accordance with the announcements, the preparations will make it much more abundant in novelties than the previous one.