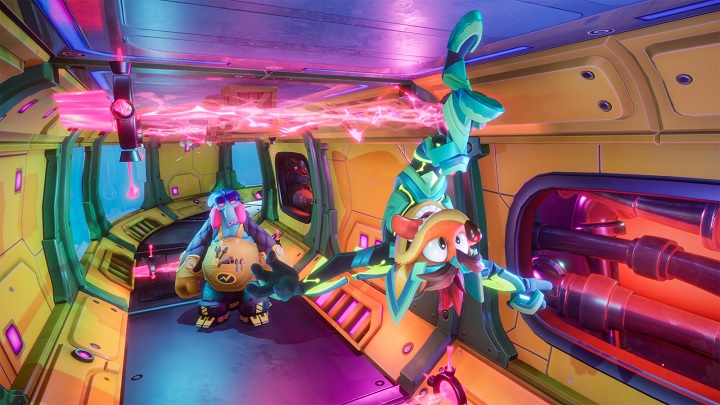 Crash will return in a whole new adventure.

Without much surprise, the first trailer of Crash Bandicoot 4: It's About Time from Toys for Bob has appeared on the web. The fourth installment of the reborn platform game series was presented on Twitter. The video is not long, but shows some gameplay fragments. You can watch it below.

As the previous leaks have shown, the new game will be a direct sequel to Crash Bandicoot 3: Warped, skipping the actual fourth installment on PlayStation 2, with Dr. Cortex as our adversary again, who was sen to the future after his most recent failure. Crash's opponent took advantage of the long wait to prepare a big welcome for the bandicoot. The game itself will offer (via official PlayStation blog) the crazy platforming action known from Crash's previous adventures. This will include more extensive locations (we will be able to see previous of following levels from our current locations), new character moves (and yes, Coco will return as a playable character, but also Cortex himself) and much more. The trailer also reveals the release date: Crash Bandicoot 4: It's About Time will be released on October 2, on Xbox One and PS4. The title is now available in pre-sale on the PlayStation Store and Microsoft's store for $59.99.