Activision released the trailer for the fifth season of Call of Duty: Warzone and Call of Duty: Modern Warfare. The trailer gives a good idea about the attractions that the developers have prepared for the fans.

Season 5 will launch today at 11 PM PT. Updates can now be downloaded, but pre-load is available only for Call of Duty: Warzone and Call of Duty: Modern Warfare releases on PlayStation 4.

Patch files weigh 36 GB on PS4, which is unlikely to please players with limited HDD space. Many people complain about this aspect of both games and for good reasons - they already take up over 200 GB on PC. 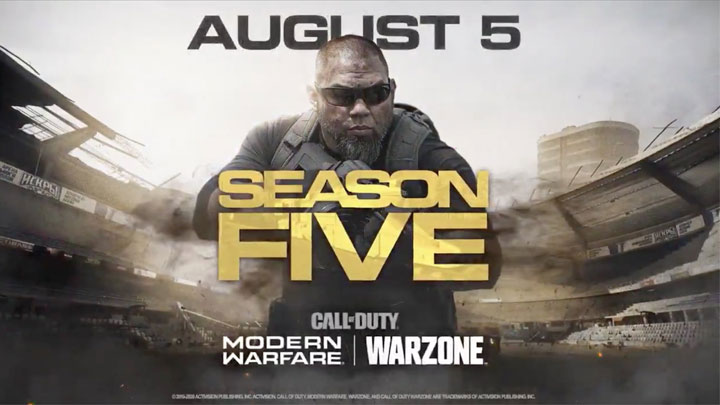 The 5th season lauches this evening.

The trailer showed a lot of the changes that will affect the main map in Warzone. The glass roof over the stadium will be blown up, and players will be able to fight inside this structure. We can also expect a new train with loot.

Two new maps are also being prepared for 6v6 games in PvP mode and one each for Ground War and Gunfight variants.

It is worth mentioning that at the end of July it was revealed that in the fifth season a new unit known as Shadow Company will also arrive, i.e. the main antagonists from Call of Duty: Modern Warfare 2. Along with it, three new operators are to appear in the game - Rozlin "Roze" Helms, Velikan and Marcus "Lerch" Ortega.

As a reminder, Call of Duty: Warzone debuted on March 10 and is available on PC, Xbox One and PlayStation 4. The game uses the freemium model.

Xbox Will Get a New Microsoft Store - First Screenshots