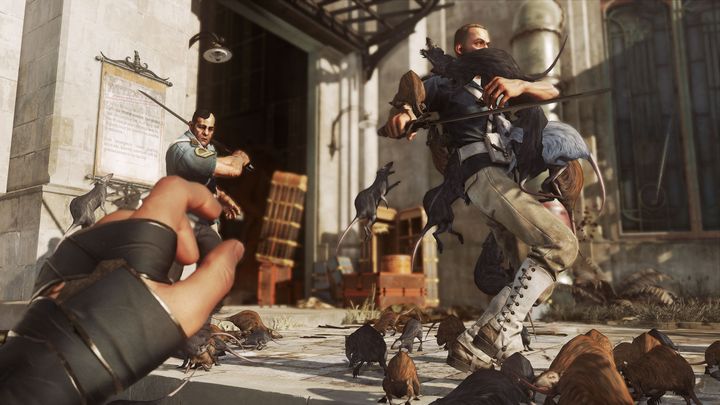 In 2018, Ricardo Bare, the chief designer of Arkane Studios, said in a press interview that the Dishonored series is "resting for now". Most of the media linked his words with the worse-than-expected sales of the second instalment of the series, considering that the IO had been shelved. However, it turns out that the quote could have been misinterpreted (via IGN) - it is possible that we will come back to this strange, "tranpunk" world.

Well, first of all, its weird because for us as a studio, we never did a sequel to a game we made before. It was interesting to make and everything. But the rumors of putting the IP on hold was highly exaggerated and was misquoted.

You know, its not necessarily the same thing when you are talking about what could be done, and you are telling a journalist its not what we are doing right now. Its really not the same thing. So, I dont think there was a decision to put Dishonored series on hold. I think the initial quote was over interpreted," said Dinga Bakaba, who works at Arkane Studios as game director.

The developer said the story of the Kaldwin family will certainly not be continued - a possible next part of the Dishonored series will bring a whole new story.

Its something where we had a story to tell about the Kaldwins and the Outsider, and that story is over. So, whatever happens, that Dishonored is complete. This is the best, and most honest answer we can give but, in any case, I dont think we will be revisiting that [the Kaldwin storyline]. Thats clearly a creative choice. Some other people might have thought differently, you know, but that was a creative choice to not revisit that part of the Dishonored world, Bakaba argued.

Dishonored 2 launched in November 2016. Ten months later Dishonored: Death of the Outsider was released - the informal third part of the series, initially announced as an expansion to the second game and constituting the story finale the series.