NOTE: in the following text you will find spoilers concerning the plot of Assassin's Creed: Valhalla. Read at your own risk!

Without going into too much detail, the conclusion of Valhalla not only revealed important information about the protagonist (Eivor's female incarnation is said to be canonical) but also gave fans material to speculate about her predecessors (and de facto successors) from older installments of Assassin's Creed. Some of them appeared in one form or another during Eivor's adventures. Apparently, it wasn't a one-off prank by Ubisoft. Mercieca said that the finale of AC: Valhalla opens up many possibilities for both old and new characters in the series:

"Assassins Creed Valhallas ending opens many new possibilities for the past and future characters of Assassins Creed. But its too early to say how this will transform into the future games."

Early or not, Mercieca's mention suggests that the developers are considering return of earlier assassins in future installments of the series. Perhaps those plans are still in the early stages and the developers themselves don't have solidified ideas. However, there is no doubt that Ubisoft wants to develop the idea introduced in Eivor's Norse saga. 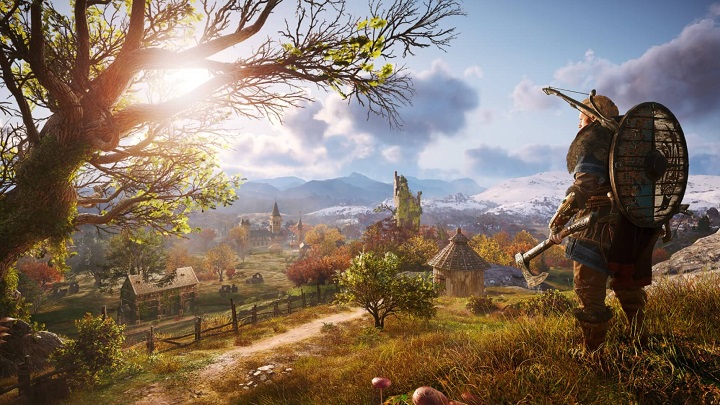 What's next for Assassin's Creed?

Plot considerations, while interesting, are not what Assassin's Creed fans are focused on. For many, the most important question after each installment is where and when the next one will take place. The rumors of ancient Rome seemed most logical after the series visited ancient Egypt and Greece.

Of course, there are many more possible settings, as Alain Mercieca has admitted. In an interview with The Gamer, he mentioned, for example, the idea of moving the action to Malta. However, he's most fascinated by the exploration of South American culture as part of Assassin's Creed, from the heyday of the Incan civilization to the invasion of the conquistadors. The screenwriter is thinking specifically about the area of current Brazil and its surroundings:

"On a grander scale, I do feel there is a rich tapestry of culture in South America that the brand has yet to explore fully. From the Incas to the Spanish Conquistadors, it is a very fascinating time. Though Black Flag did touch on some of it, Im feeling more the Brazil region."

Of course, the comment in the interview is definitely not a teaser, let alone an announcement. Still, it's hard to completely ignore the words of one of the screenwriters when he talks about his vision for the future of the series. Many probably expect a trip to more "mainstream" settings, including the aforementioned Roman Empire or feudal Japan. For now, it's better to arm ourselves with patience or - like fans of other franchises - look for more or less "obvious" clues left by the devs. Or wait for the first DLC for AC Valhalla.

Jason Schreier Against Online Criticism, Claims Players are Not Objective