Recently, Ubisoft announced that the first DLC for Assassin's Creed: Valhalla will be delayed. However, as it turns out this is not the only delay scheduled by the publisher. The developers informed that a similar fate befell update 1.2.1, which will be available on April 27. The information was provided as part of the message on the game's official website. By the way, an infographic outlining the game's roadmap was also published. 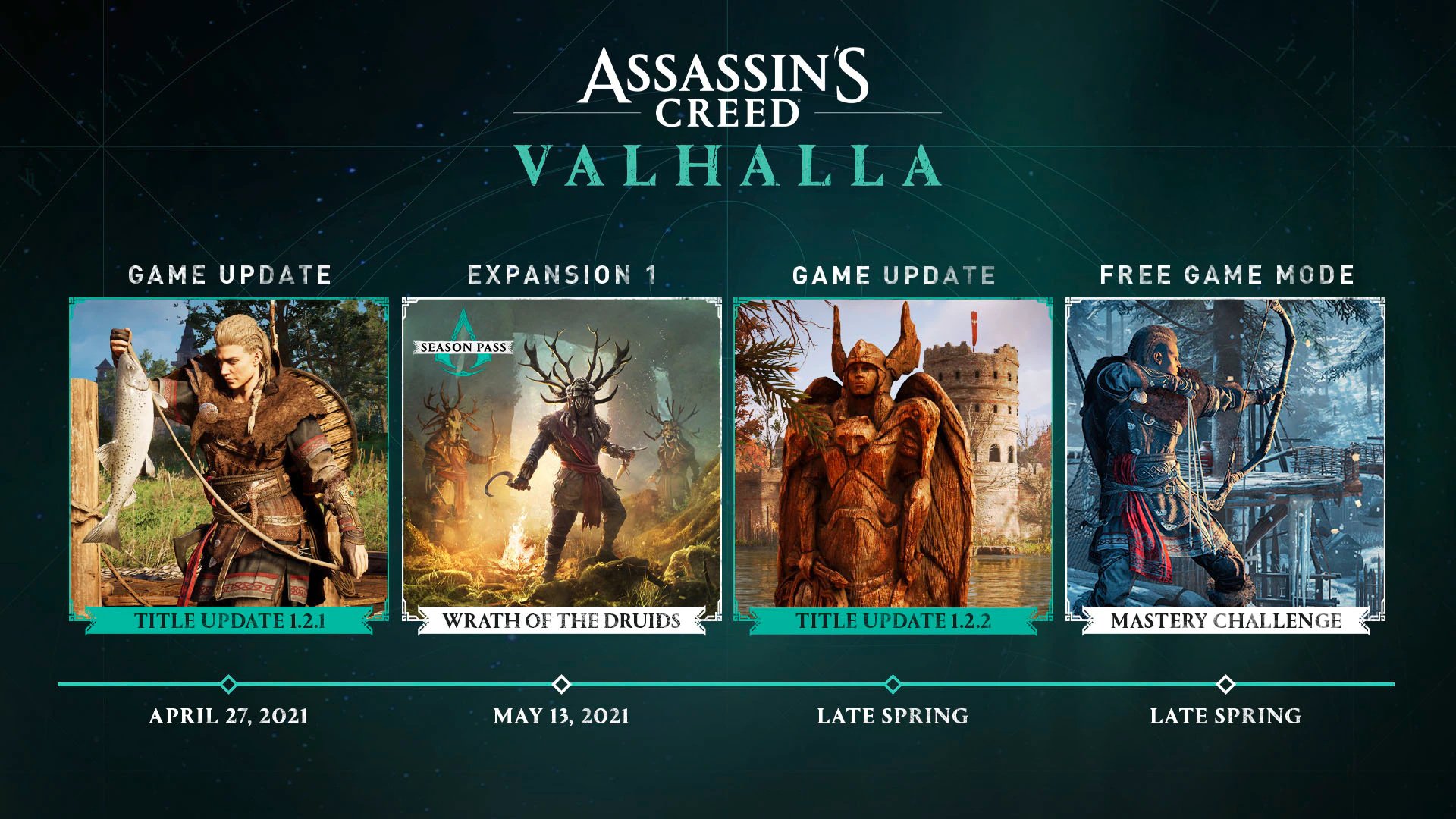 Leaving aside the explanation of the process of fixing video games as such, Ubisoft also referred to specific problems noted by the players. This includes the lack of fish in rivers and lakes, which is to be partially fixed in update 1.2.1. "Partially", because while the developers have long since found a way to fix this bug, it has a "direct impact on existing fauna and game mechanics". Therefore, a patch with a full fix will not appear until June. On the other hand, the side quests Pig of Prophecy and - which was confirmed on Twitter - A Brewing Storm will be fixed on April 27.

The developers of Assassin's Creed: Valhalla also reminded players to report any issues they see, either on Ubisoft's official forums or via the publisher's website. They also assured we will be regularly information about future updates. These will come less frequently, but a number of changes to tools and production channels will make them more extensive than before.