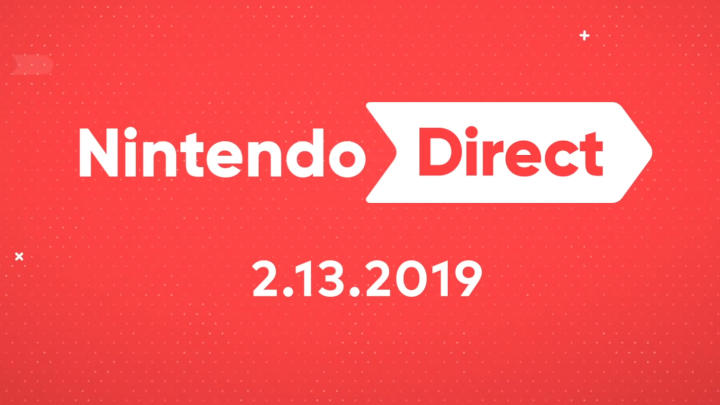 All of the following titles will appear on the Nintendo Switch console.

The second part of the extensive editor is coming up, thanks to which each of us will be able to create our own Super Mario Bros series-like game levels. One of the novelties will be the ability to build diagonal slopes for sliding. The game will be released in June 2019.

Remakes of The Legend of Zelda games are nothing new. Even the Wii U console, despite its modest gaming library, boasts two remasters of Link's adventures (The Wind Waker HD and Twilight Princess HD). But who would expect that the next remastered title from the series will be the production originally developed for the first Game Boy? More information about the game can be found in other news on our website.

The next installment of the tactical RPG series from Intelligent Systems will take us to Fódlan continent inhabited by three rivalling nations. As a mercenary named Byleth, we are chosen as new lecturer at the Officers' Academy as a result of an unexpected accident. Our task is to train and send our students to fight, and then control them during the battle so that they can come back alive for another lesson the next day.

In Fire Emblem: Three Houses, the more often our students fight together, the better stat bonuses they acquire. It is still not known whether the characters will be able to romance with each other and whether it will be possible to fondle out favourite units. Considering that the main character is a teacher and the soldiers are his pupils - the chances are rather low.

The game will be released on July 26, 2019. In addition to the regular edition, a collector's edition with artbook, soundtrack on CD, steelbook and calendar will also be available for sale.

New game from Platinum Games. The Katsura Masakazu (Japanese illustrator, the creator of Zetman, Video Girl Ai and Wing-Man), Takahisa Taura (MadWorld, Anarchy Reigns, Nier: Automata) is the production director, and everything is supervised by Hideki Kamiya (Devil May Cry, Oki, Bayonetta). More information about the production in a separate news.

Definitive edition of Dragon Quest XI: Echoes of an Elusive Age. Among the novelties: optional 16-bit visuals, two audio tracks to choose from (Japanese and English), expanded storylines, music performed by an orchestra and an option for the impatient allowing for a significant acceleration of fights. Originally released in autumn this year.

Oninaki is an action RPG from Tokyo RPG Factory - producers of I am Setsuna and Lost Sphear. The protagonists of the game can move between worlds. He uses his skill to collect lost souls, which enables him to unlock new powers. The title will be released this summer.

Since yesterday, Switch Online subscribers have had access to Tetris 99 - an unusual combination of falling blocks and battle royale mode. Bandai Namco has announced Disney Tsum Tsum Festival - a set of mini-games for four players (in both local and online multiplayer) licensed with Disney Tsum Tsum plush toys. The title will be released in autumn. April 26, 2019 will see the Switch release of BoxBoy! BoxGirl! - a new game from the Boxboy! franchise, featuring a cooperation mode for two players. The title has 270 levels, including special stages in which we will play as Qudy (a block twice as high as BoxBoy).

On February 28, 2019, Nintendo console owners will be able to download the first chapter of Deltarune for free.

Super Smash Bros. Ultimate will receive a v3.0 update, but its contents have yet to be announced. However, it is known that a new amiibos will appear: Snake from the Metal Gear Solid series, Simon from Castlevania and Squirtle, Ivysaur and trainer from the Pokemon series.