Yesterday, a rather an unusual situation regarding Fortnite took place, which almost immediately caused a lot of controversy among the game's community. It all started when the 9-year-old Brazilian player Zenon, who is a popular Twitch streamer and a member of the DETONA Gaming team, received a 4-year-old ban on participation in tournaments and competitive modes. However, as it turned out, the reason for the ban is probably completely different than it seemed to everyone at first. 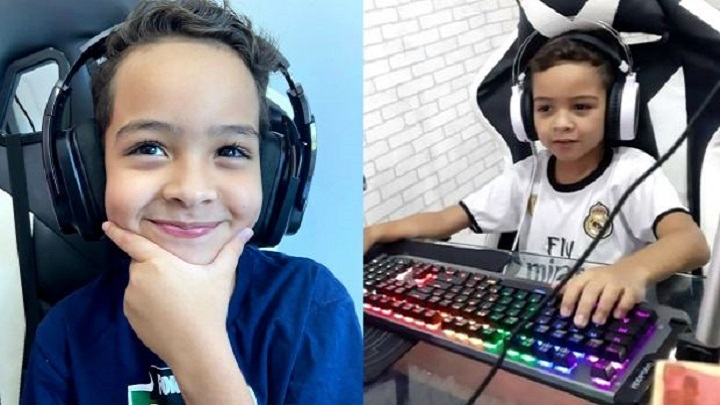 What was the reason behind the ban for 9-year-old Zenon?

The whole situation comes down to the fact that Epic Games does not allow players under the age of 13 to participate in tournaments or modes where cash prizes can be won. They must have parental consent to play in the others. During his stream, Zenon played in Arena mode which does not have cash prizes, so all he needed was permission from one of his parents. It just so happens that his father sat next to him and watched his son's actions, so it could be assumed that the 9-year-old received had the permission.

However, during the broadcast, Zenon got a ban and now he cannot take part in tournaments and play in competitive modes (including the Arena, where you can easily practice your skills) until the age of 13. The situation has caused consternation for both the player and his viewers, as it would seem that the 9-year-old did nothing wrong. What's more, many websites have just reported that the reason for the ban was the situation described earlier, which only made the other players more angry.

The topic was quickly caught by the fans of the Brazilian player, followed by Fortnite's most popular streamers. On Twitter, a #FreeZenon action was launched, which was already supported by over 100 thousand people. The community wants Epic Games to enable the player to train in the Arena mode, among other things.

However, as it soon turned out, the reason for the ban is probably not the situation described above. A few days ago Zenon, took part in one of a "Cash Cup" type tournament (and not for the first time) and even put a video of it on his YouTube channel. In this case, unfortunately, the rules were not on his side. There is a provision in it (point no. 3.1.1) that each participant of a "Cash Cup" must be at least 13 years old. Below this age (even with the consent of a parent) they cannot take part in the event. Everything seems to indicate that the ban is fully justified. However, there is still the case of 9-year-old's access to the Arena (which is considered to be a competitive mode, but there are no prizes in it), where he could still practice his skills. However, the developers are yet to post any official response.