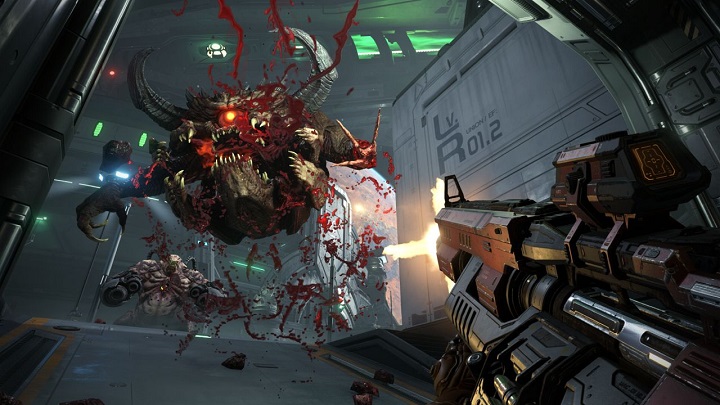 Getting banned in an online game is nothing new, but to have it extended to other games is a peculiar thing.

Doom Eternal launched to an accolade of positive reviews (including our own), and attracted a record number of players to Steam. It seems like all Bethesda needs to do now is to celebrate Software's success. Unfortunately, even at the time of such a triumph, the players found reasons to complain, almost as absurd as the stranhes achievements of Bethesda Softworks' team in Fallout 76. What's even more funny, the problem is directly related to the aforementioned game. User HTanHEniTae from Reddit reports that if we get banned in Fallout 76, we will also be unable to play online in the copy of Doom Eternal assigned to the same Bethesda.net account. In short, if you were unlucky enough to receive a ban on online gameplay - for example, for cheating or helping devs squash bugs - you won't get to play the new Doom or any other titles associated with that account.