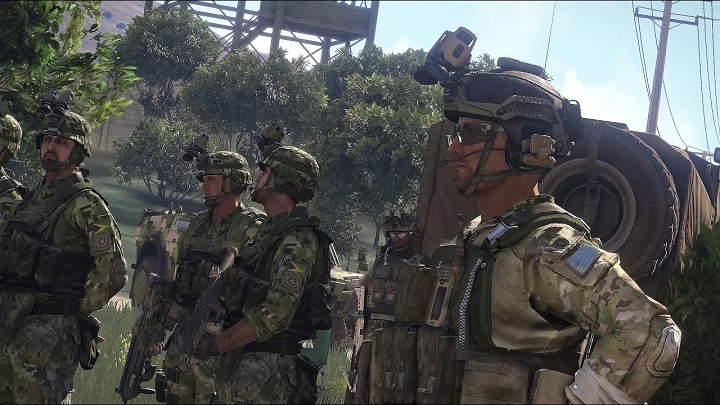 The Czech developers has had a successful year behind them.

Bohemia Interactive boasts financial results for 2019. In the last twelve months, a total of 4.5 million copies of the Czech team's games were delivered to buyers, which brought the studio an "outstanding" revenue of $68 million. The greatest contribution to this was made by Arma III, which found another 2.6 million buyers over the past twelve months. Thus, the third installment of the series of realistic battlefield simulators reached a total of 5.5 million copies (and 9.7 million copies of DLC).

DayZ also performed well, being available on PlayStation 4 and Xbox One since last year. In 2019, the game was purchased 1.1 million times, bringing total sales to 5.8 million copies. The large Livonia expansion, which reached around 400,000 buyers within a month of its launch, was also not half bad. In addition, the popularity of the free shooter Vigor was also praised. The title was initially available as part of Xbox Game Preview, but after its release in August, a total of 4 million Xbox One users were able to check it out (700 thousand more than in early access).

These figures may not seem impressive against the results of the industry giants, but for the Prague team this is a reason to be proud. The company has just celebrated its twentieth anniversary and, in the words of its representative, has completed all the projects it has developed, which, together with their excellent sales, makes it possible for the Czechs to consider their 20th birthday a very successful one. At the same time, the developer is already thinking about the future. The year 2020 is to be revolutionary for Bohemia Interactive, and the new Enfusion engine is to play a major role. The technology developed for several years will use ready-made developer scripts (similar to Unreal Engine), which will not only make it easier for developers to work on subsequent projects, but will also give more freedom to modders, compared to the hard coding of Real Virtuality Engine.