Despite the lack of support for Steam Workshop, Mount & Blade II: Bannerlord regularly receives new mods. One of them turns TaleWorlds' game into an MMO game, accomodating up to 800 adventurers (you can download it here). The mod by Russian creators is already live, looks quite good, and its creators announce further improvements.

The gameplay doesn't differ much from what we've become accustomed to in the Mount & Blade series. It's still a huge, medieval sandbox, in which we start our career from being nobody and taking the worst jobs to end up somewhere at the top of the food chain, maybe even on the throne itself. The Bannerlord Online mod enables us to share this experience with other players. This means crowding the streets of the starting city, where players besieged by NPCs start new quests and finish old ones. Chat rooms are bursting with chatter, and elbows are needed to get from place to place. Just another day in a typical MMO, you'd say. That's right. The experience, however, is so different from what's offered in the base version of Bannerlord - where a lone player moves through a crowd of silent, stone-faced characters - that such minor inconveniences recede into the background, and your mouth involuntarily forms a smile.

The further away from the starting city, the fewer players there are, but we're never alone. Sword companions can be found even in the most remote corners of the kingdom. Who knows, maybe some of them got tired of the big city and went in search of silence (in the chat) and space. However, these units, along with their armies, can save our skin when we get ambushed by looters. The game world doesn't stop for a minute - everything, including battles, happens in real time, and in contrast to the usual gameplay in Mount & Blade, after a defeat we don't load the last game save. Therefore, the help of other players in battles with bandits and enemy NPCs can prove to be invaluable. The mod currently allows for battles of up to one hundred vs one hundred. However, the developers intend to at least double this number. 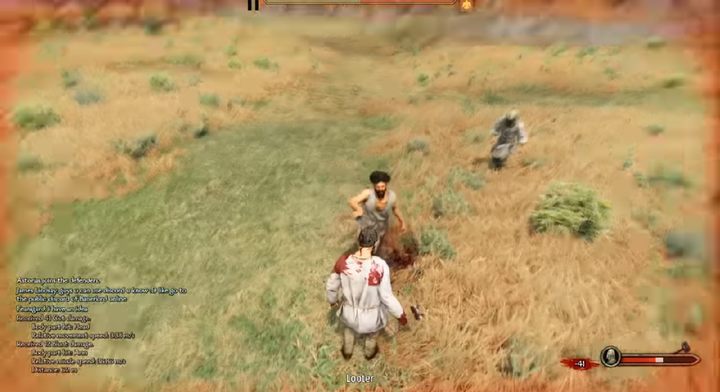 If you do not feel too confident and prefer not to leave the city, behind its safe walls you will also find something to do. For example, in the arena, where you can fight other players or sit in the stands and just watch the duels. But who would like to watch, if you can get a few denarii for bleeding your opponents? It's not easy to get them, because players and NPCs are randomly divided into teams, equipped with predetermined weapons. The result of the duel will depend on your skills. If you've spent several months in Bannerlord (March 30 will be a year since the launch of the title in Early Access), you should not have much trouble, because almost all weapons from the base game have been transferred to the mod. 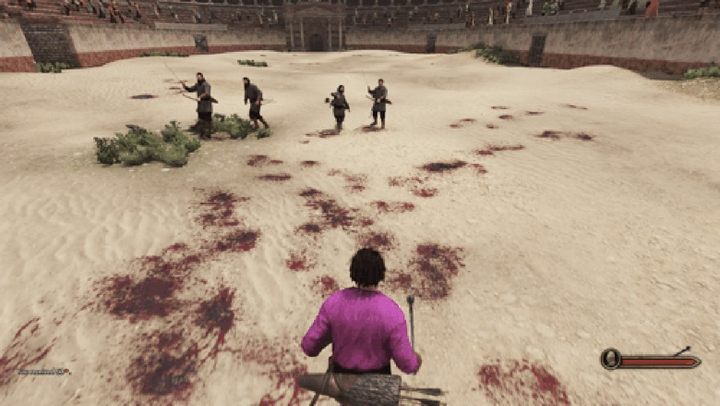 You can also earn money in a less brutal way - for example, by working in the countryside. In this case, you will have to cultivate the land and obtain resources, which you will then deliver to the local workshop. There they will be processed into food, weapons or armor, which will be sold on the local market or will supply equipment for the military campaign that is just being organized by the local ruler. Regardless of the goods' final destination, weary players will receive payment for their efforts. 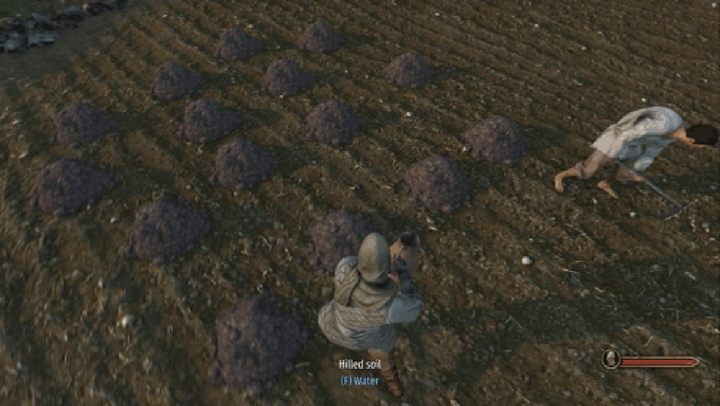 And that's not the end, because Bannerlord Online also offers gameplay as a merchant, who purchases goods at a lower price in point A, to sell them at a profit in point B. If this is too much for you, you can simply transport a batch of products on behalf of an NPC, and receive your reward after completing the task. Pure profit. Or maybe you don'tcare about trading and prefer to work with your sword? Not a problem. There is always a caravan waiting for your escort. You can protect them by yourself or with your friends - the thing is not to let the bandits surprise you. 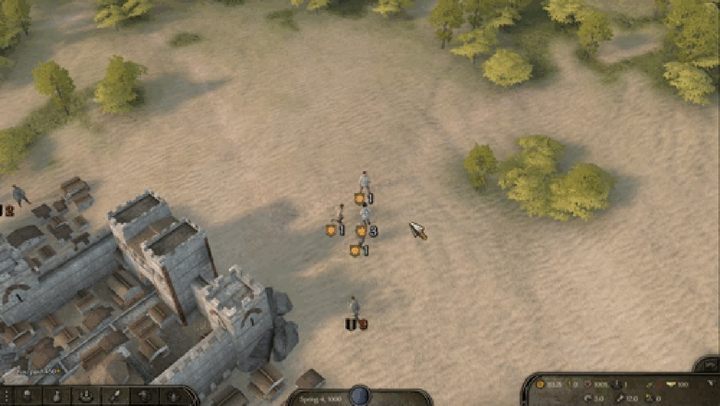 Whatever you do, you will gain experience, which will translate into subsequent character levels. Unlocking them will give you access to unique perks, designed specifically for multiplayer, as well as to the ever-increasing segments of experience bars available for all skills, which have also seen an improvement over the base game.

As you can see, Bannerlord Online will not let you get bored even for a moment. And although the gameplay is quite similar to that of Mount & Blade 2, the presence of other players breathes new life into the game, which TaleWorlds' game can be anvious of. However, this does not apply to lag, which is an inherent part of playing the mod. All because of the fact that players play on only one server, in addition, located in Russia. Mod's creators have plans to create new servers - at least one in Europe and the U.S. - but we'll have to wait for that. Interestingly, the biggest lags are experienced in the menu, when comparing items in your inventory and during trading with NPCs. During other activities - including combat - Bannerlord Online runs quite smoothly.

Above you can see how this all looks like in motion. The mod is not complete yet, but in my opinion it's already worth checking out. To do this, you will need a copy of Mount & Blade II: Bannerlord and a free account on this website. You can download the mod itself from here, and follow its development here. And that's all for now. I'll see you on the battlefield... hopefully on the same side.

Gamescom 2021 Will be Live and With Online Conferences