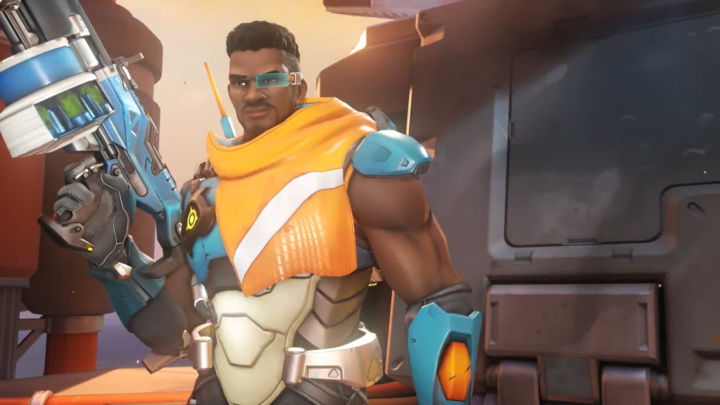 A weapon that looks like a grenade launcher and an over-9000-thousand scanner - this is Baptiste in all his glory.

30 million children were orphaned as a result of the omnic war - Baptiste was one of them. Tired of living in poverty, he joined a terrorist organization, the Talon. At first, he thought it was the right choice, but with each subsequent action, his aversion to the group grew. Finally, one day, he decided to turn against the organization and start serving justice on his own. Now he is the target of terrorists.

That's how the story of Baptiste, the thirtieth playable character in Overwatch, whose existence was revealed to us thanks to a video uploaded to the game's official YouTube account (although the first teasers had already appeared a few days earlier), is presented. Apart from his appearance and biography, we know little about the hero himself. We can guess that if he is a combat medic, he will probably be a support character. We also see that he has a weapon that looks like a grenade launcher with two triggers, suggesting an alternative firing mode. Maybe, like Ana, one of them will heal and the other will deal damage? A healing grenade launcher sounds interesting.

It is not clear when we can expect Baptiste's debut in Overwatch. In the next few days he will probably appear on test servers. We would like to remind you that the title was recently updated to version 1.33.0.1, featuring a new map - Paris.