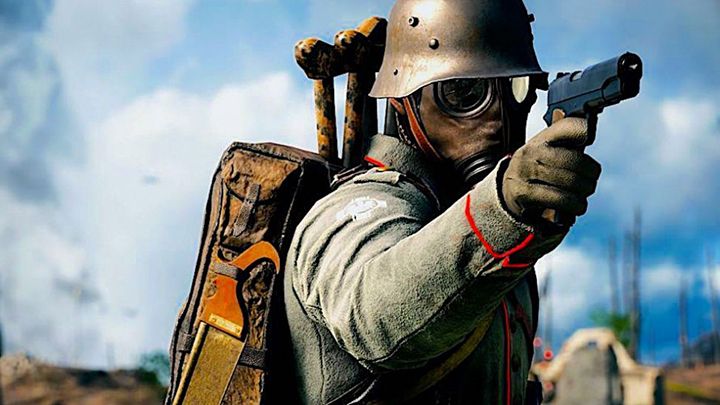 Two weeks after the previous update EA DICE releases another one.

Battlefield V players have been struggling with an unusual problem lately. With the previous update, invisible soldiers started to appear in the game. Combatants were unable to see the entire silhouette of their enemies, but only the weapon levitating in the air. Needless to say, such an opponent is quite difficult to hit, which caused frustration for many fans of online fun.

Another update was released two weeks after the previous one. It is not so hard to deduce that it did not bring many changes, but only fixed a few bugs that appeared in the game with the introduction of the previous version. EA DICE ensures that players should no longer encounter invisible enemies on the battlefield. 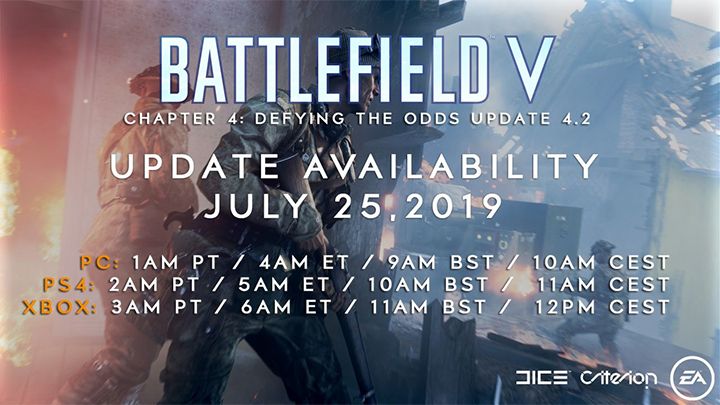 Patch 4.2 dealt with the problem of invisible soldiers in the game.

In addition, there were some minor changes in the game, among them the improvements for the P08 pistol. In his case, the recoil was slightly reduced and the bullet velocity increased. Players were also given the opportunity to reset specialty points for this weapon.

Additionally, in Firestorm mode there are no more situations when the game would not count a takedown. This error could be encountered when the opponent left the game a moment after receiving the deadly shot. The patch also eliminated performance drops when infantry soldiers were shot at from a tank.

Version 4.2 is now available on all platforms. Players will have to deal with different file sizes. For PC it will be 5 GB, while for Xbox One only 3 GB. We have no data on PS4.

EA DICE representatives also announced patch 4.4, which the players can expect at the end of August. It will bring with it a large number of novelties, noteworthy of which are two new maps and several new weapons. There will also be some minor changes.