The official release of Battlerite Royale, a multiplayer battle royale action game set in a universe created for Battlerite, is planned for today. The production, available in paid Early Access since September 2018 on Steam, will debut in the free-to-play model (free of charge with optional microtransactions) at 9:00 AM PST, as can be read in the official announcement. On this occasion, the team at Stunlock Studios, the game's developer has prepared an extensive update; so let's check what the developers hve in store for us.

Let's start with the fact that the 1.0 patch will introduce three new Champions - Oldur can bend space-time, Taya calls tornadoes, and Pearl specializes in water attacks. The island of Talon (battlefield) was also changed, and two new zones - Frozen Plateau and Trade's Islet - were added. In addition, the patch will introduce two variations of the so-called Battle Pass - in addition to its free version, there will also be a paid Premium Pass, whose owners will receive various cosmetic extras.

The release of Battlerite Royale is also an opportunity to reset the rankings and start the first season (Battle Season 1), introduce the so-called season levels and quests or re-model the daily missions. Developers did not omit to make changes to the interface and get rid of a number of bugs, the list of which can be found at this address. 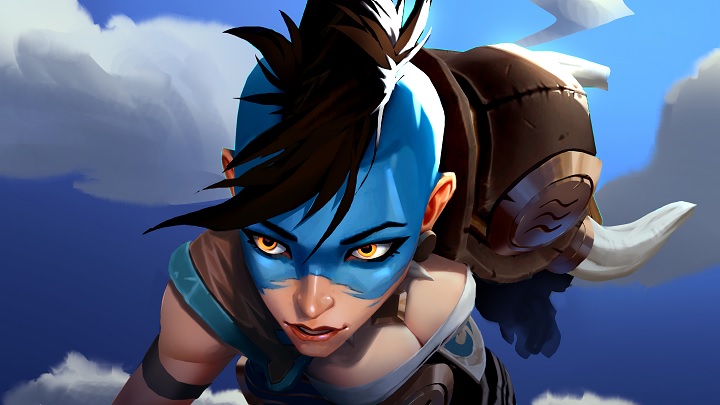 One of the novelties introduced in Battlerite Royale 1.0 patch are the three new Champions.

Let's recall that Battlerite Royale is a spin-off to Battlerite's - a MOBA game from 2017 - in which the players fight to death in a gradually shrinking arena. In the game, they control characters known as Champions, each of whom is equipped with unique abilities and features. Contrary to the original, we will see neither allied units controlled by artificial intelligence, nor turrets, and the combat system itself is purely arcade.