At this year's gamescom we will also see Blair Witch, created by Polish horror game experts from Bloober Team. The production, which will debut on PC and Xbox One on August 30, has just got an atmospheric and quite terrifying trailer. Before we invite you to a short screening, we must inform you that on day one, the title will be available for free for Xbox Game Pas subscribers (both on PC and Microsoft's console); the rest will have to pay $29.99.

In the video material, the devsfocus on presenting the outline of the plot. The main character of Blair Witch will be Ellis - a former policeman who will go to Black Hills Forest in search of a missing boy. As you can easily guess, his presence will soon be spotted by the witch from Blair, who will try to hunt him down. It is worth noting that the story told here is a canonic element of the whole franchise.

Although there will be no shortage of calm moments in this production, there will also be a number of jumpscares. Besides, apparently the further into the woods, the more dense the atmosphere will become, and our protagonist will have to face not only supernatural forces but also his own growing fears and weaknesses. The character will be accompanie by a dog called Bullet, which will help us, for example, in searching the area. Cooperation with the four-legged companion will become better the more the beast trusts us, so it will be worthwhile to spend a moment to pet him in thanks for his help. 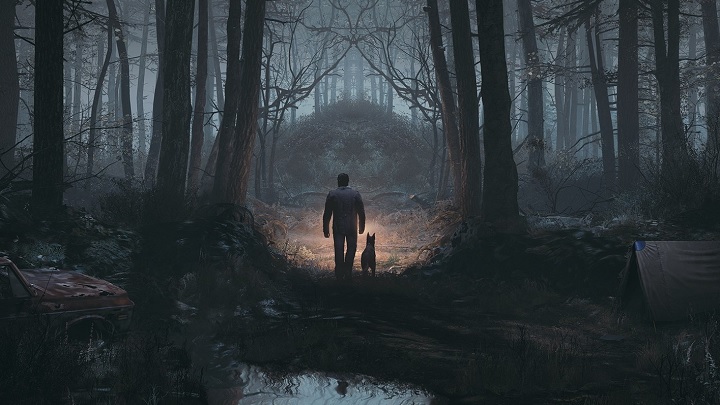