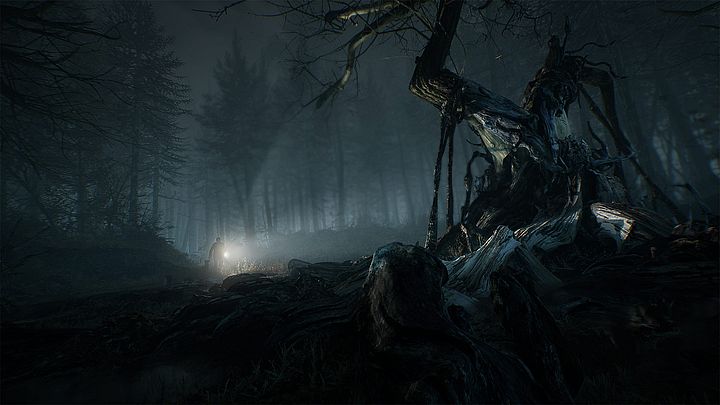 Alan Wake made in Poland.

Blair Witch effectively conquers the hearts of the players from all over the world. The game appeared on gamescom in Cologne, where the trailer and a long gameplay were presented. The title has a chance to cause a commotion in the arena of virtual horror series, so no one should be surprised that the industry media is becoming more and more interested in it. Game Watcher conducted an interview with Maciej Glomb from Bloober Team, in which they asked about the length of the game. The Polish developer revealed that a one-time playthrough of Blair Witch will take about 5-6 hours. This is not a very impressive result, but the devs assure us that the game will offer many endings and return the favor with replay value.

Bloober Team convinces that the story is written in such a way that the players will not discover all the little tidbits on the first approach. Maciej Glomb explains this as follows:

I think it might be cool to play it once more to just you know, with this knowledge of how the game ends from the beginning. It makes the experience completely different.

Let's hope that different endings and some kind of variety during each completion will make the game last longer. On the other hand, it's definitely better to get a shorter and more coherent story than a tragedy dragged out for several acts.

Blair Witch is a first-person adventure game from the devs of Observer and Layers of Fear. The action of the title takes place in the mid-1990s in the United States. The character is a former policeman with a troubled past. A faithful dog - Bullet, will help him solve the mystery of the disappearance of a small boy. Blair Witch will offer a single player mode only and will launch on August 30, this year. The game is coming to PC and Xbox One.