Krakow-based Bloober Team brought their latest work, Blair Witch, to this year's gamescom. In Cologne you can check its demo, twenty minutes of which can be seen below on a gameplay video.

The story begins quite calmly. The main character, Ellis, ends up in Black Hills Forest with his faithful dog, Bullet, to help the police find the missing boy. Then the player is thrown between subsequent "attractions" - from an exciting escape from something the character has still not managed to explore and a visit in dark caves, through a short battle with nightmarish creatures (whose weakness is photophobia) and a visit to abandoned buildings accompanied by thundering storm, to a close encounter with... something.

Although Blair Witch will not offer us a fully open world, the devs will give us much more freedom than in their previous games. In addition, a novelty, when compared to their earlier works, is combat with enemies, which we will face with the help of a flashlight. It is worth mentioning separately that the title looks really good from an audiovisual point of view. 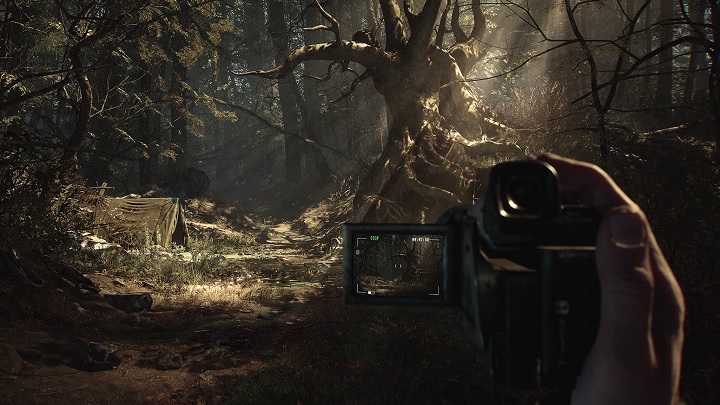 The camera will show the character of Blair Witch what he can't see with the naked eye.

Blair Witch is coming to PC and Xbox One, and will launch on August 30. From the release date, the game will be available for Xbox Game Pass subscribers (both on Microsoft's console and PC); other players will pay around $29,99 (depending on platform) for the title.