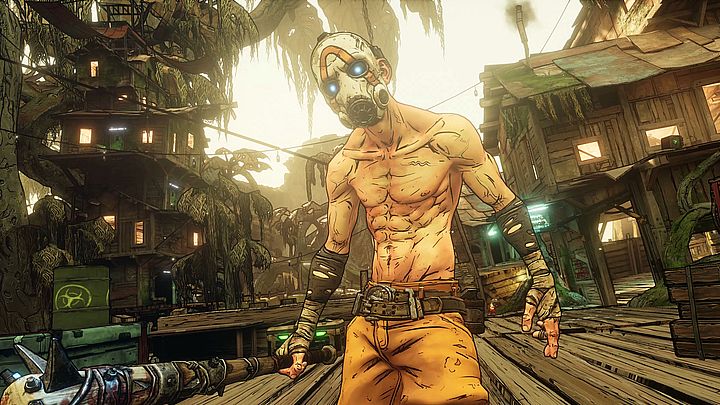 We already wrote about the fact that Borderlands 3 had a great start last week. Randy Pitchford claimed that the production has brought twice as many players to the launch as its predecessor throughout its entire history. Now it's time for less marketing and more statistical data on the game's sales. 2K Games boasted some really impressive numbers (especially considering the circumstances, more on which later).

The title launched on September 13 on PC, Xbox One and PlayStation 4, and during the first five days after its release, players bought over 5 million copies of the third installment of the popular looter-shooter. This is 50% better than Borderlands 2 and makes the the recent title the fastest-selling game in the history of 2K Games, and even more interestingly, despite its exclusivity on Epic Games Store on PC, Borderlands 3 has become publisher's best-selling game on this platform (only within five days).

Thanks to the excellent financial results, the whole franchise generated over USD 1 billion in revenue, thus becoming the second brand in the 2K catalogue to achieve it. Interestingly, in the UK as many as 70% of consumers bought a digital edition of the game. Borderlands 3 also broke the record for pre-orders on Epic Games Store. Unfortunately, both in terms of PC sales and the number of pre-orders on Epic Games platform, no solid figures were provided to verify this. In 2016, the title of the fastest-selling 2K Games game was held by Mafia 3.

Sales of Borderlands 3 should convince some players that what matters is not the platform on which the title appears, but the quality of the game itself. We all remember the "riot" that Steam users used to make when they were protesting against the exclusivity of the game on Epic Games Store. Neither this nor technical issues prevented Borderlands 3 from achieving a big success, because it's just a good game (and a great marketing team that made the hype so great).