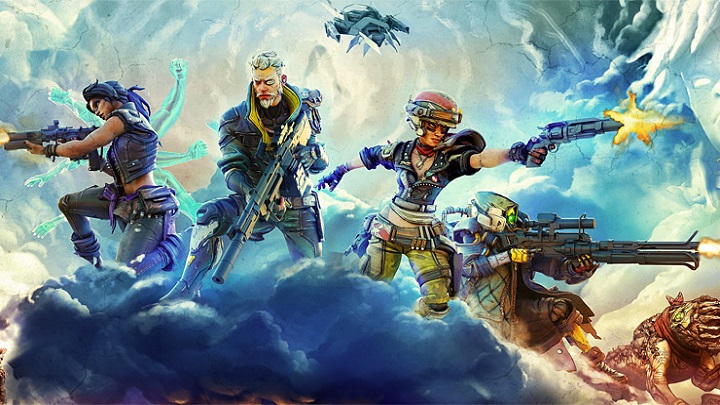 If you are still waiting for the launch of Borderlands 3 after the latest "scandals", we have for you a handful of the latest information about the game. In addition to the release of a new trailer, there is also information on the use of Denuvo and releases on next-gen consoles.

There is less than a month left before Borderlands 3 is released, and we have just learned that its PC version will use the anti-piracy system Denuvo. This information has appeared on the game's profile on Epic Games Store. It is not known if this option will be removed after some time, but it is expected that while Borderlands 3 is available only on EGS, developers will not get rid of Denuvo security. It will certainly not delight gamers using personal computers, who are already dissatisfied with the limited availability the game on other services or the lack of possibility of pre-loading the game. 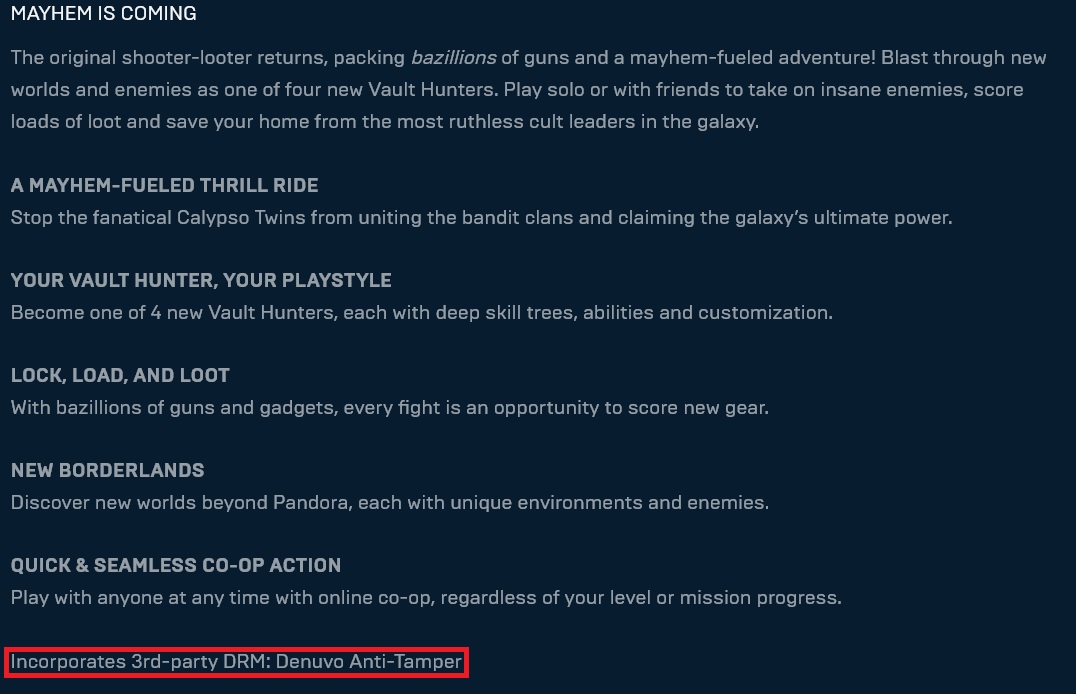 Official information on the use of Denuvo on the EGS profile of the game.

Slightly better news awaits PlayStation and Xbox users, because the game's creative director, Paul Sage, said in a conversation with GamesRadar that Gearbox is considering releasing the game also on next-gen consoles. However, it is not known whether it will be an ordinary port or maybe we will see a remastered version like The Handsome Collection. Sage points out that the priority now is to release PlayStation 4 and Xbox One versions, and only then will there be time to work on the rest of the game's editions.

Finally, you can watch a new trailer entitled "The Borderlands Are Yours", showing even more of the action awaiting us in Borderlands 3. The title will be released on September 13, on PC, PlayStation 4 and Xbox One.