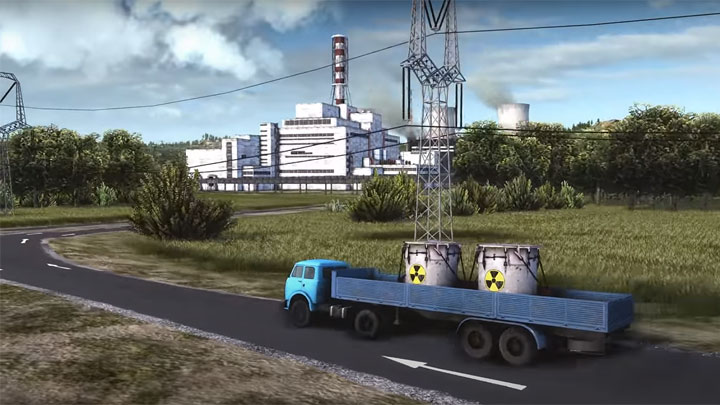 The Slovak studio 3Division has released a large update for Workers & Resources: Soviet Republic, an early access economic strategy game in the realities of the USSR. The patch has been marked 0.8.1.21 and focuses on nuclear power.

Thanks to the update, players can now build nuclear power plants. They require the right fuel, so first we extract the uranium ore from the mines and then process it. Players also have to deal with reactor cooling, radioactive waste, accidents and fires. They can take care of the safety of their employees with a dosimeter measuring radiation levels.

Improved distribution centres have also been added, offering an automated system for the distribution of items across the country. This includes not only raw materials, but also things like propaganda posters.

The patch also added a new type of electrical cables and a system of random map generation. The maximum travel distances of pedestrians and vehicles have also been increased. In addition, improvements have been made to the interface, as well as terrain and road construction mechanics. Numerous technical errors have also been corrected.

Workers & Resources: Soviet Republic is only available on PC. The game debuted in Steam's Early Access on March 15, last year. The devss plan a maximum of 24 months in early access. The number of the latest update suggests that there is not much time left until the release of the full version.