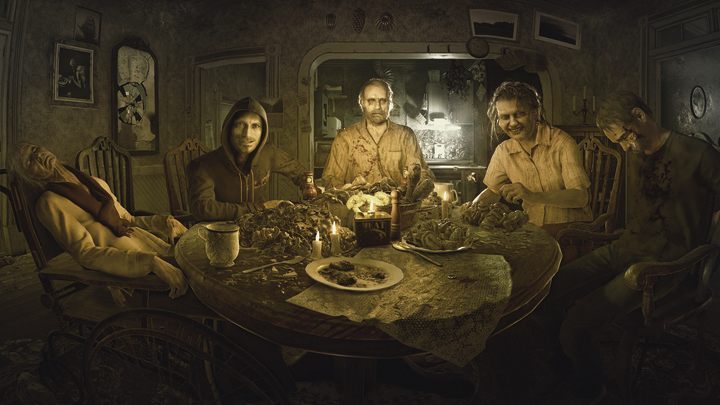 Capcom has updated the website with the sales results of its biggest hits. Thanks to this we learned that Resident Evil VII: Biohazard has found 7.9 million buyers, which makes it the best selling installment of the series in this ranking and the second biggest bestseller in the publisher's output. The leader is still Monster Hunter: World, which has moved 16.1 million copies.

It is worth mentioning that such a high position of RE7 results from a specific methodology used by Capcom. In fact, Resident Evil 5 and Resident Evil 6 achieved higher sales results, but the publisher counts the individual versions of these games separately.

However, even with this methodology, the seventh installment is likely to lose its leadership position soon. Last year's Resident Evil 2 has already found 7.2 million buyers.

It is also worth adding that the sales of Monster Hunter: World - Iceborne exceeded 5.8 million copies. The fighting game Street Fighter V, on the other hand, boasts 4.7 million buyers, and Devil May Cry 5 - 3.7 million.

In turn, the result of April's Resident Evil 3 is 2.3 million copies. It is now probably higher as the data published by Capcom cover the period until the end of June. However, it cannot be concealed that this remake is selling much worse than Resident Evil 2.

Despite the great results of Monster Hunter: World, the updated list shows that Resident Evilremains Capcom's most important brand. Next year, the series will be joined by the latest installment titled Resident Evil Village, which will hit PCs, PlayStation 5 and Xbox Series X consoles.

Presentation of Over 20 Games During gamescom 2020 Opening