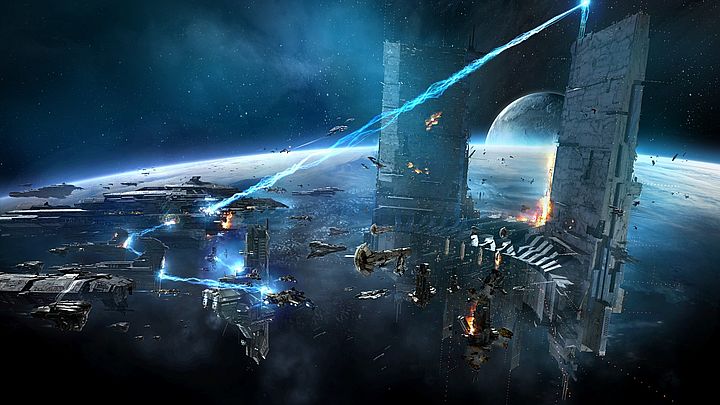 EVE Online players don't have an easy life these days. It started with a planned invasion of Drifters (powerful NPCs), who started a siege of player structures. It's all because of the Invasion expansion. It is worth noting that these enemies have been in the game for years, but they have never attacked in such numbers before. Users have still not found a safe place from the invasion. As it turns out, it's gonna get worse. The chat system has changed yesterday. What exactly does that mean?

Let's start with a brief introduction. Chatting in EVE Online is one of the key mechanics. The game area is divided into three main areas: safe, nullsec and Wormhole. The first two are known as the Known Space, the third is the Unknown Space. Until yesterday, when the players moved around the known regions of space, they received a notification about who is or was there before them (and also information about the unit's side in the conflict). This helped to make a decision about a possible battle or escape.

It worked completely differently in the Unknown Space - the system did not provide us with information about possible "neighbours". (until the moment when they decided to contact each other), which made it easy to hide numerous strike forces there. The difference between the Spaces ensured the balance of the game, clearly dividing the area of activities into safe and dangerous. That was until yesterday. The rules of communication known from the Unknown Space now also apply to nullsec. This leaves only one safe zone for players.

This is the next step on the way to make the already difficult production even harder. Existing resources and and space routes will change. All this in order to adapt to new conditions and survive in the game. Watching other players and planning the next moves will play a bigger role. Is this the end of the "revolution" in EVE Online? We'll see. We must admit, however, that the creators are bold to make such radical changes to their game. The only question is: How many players will stay in the game?