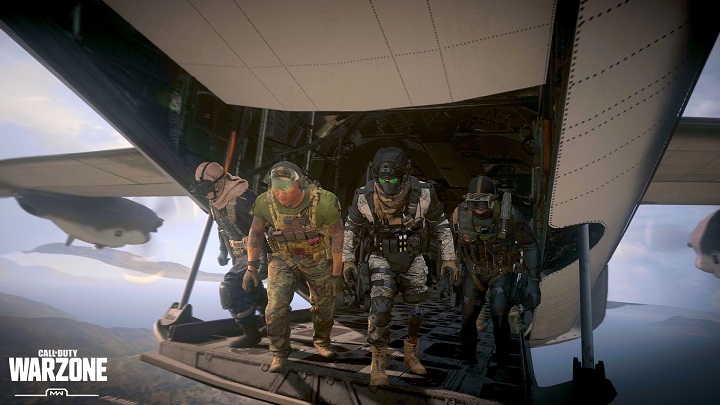 As of today, Warzone can be played by four-player teams.

Today, the multiplayer mode of Call of Duty: Modern Warfare, as well as Warzone, which is a free battle royal game based on the aforementioned title, will receive significant updates in the third season. Both games will feature a new operator, weapons and skins, as well as a mode for four people in Warzone. During the course of this season, players can expect to receive more updates.

It has been announced that Warzone will soon receive new modes, which will significantly change the rules of the game. For example, in one of them - Scopes and Scatter Guns - we will be able to use only sniper rifles and shotguns. We don't know anything about the others yet. Along with today's update, there are also a few gameplay improvements and fixes for most common issues. Additionally, in the future we will see minor changes in the loot system.

Modern Warfare players will receive, among others, three new 6v6 maps - Talsik Backlot, Hovec Sawmill and Aniyah Incursion. As in the case of Warzone, during the third season there will also be new updates adding new modes, maps and weapons.

As far as the season pass is concerned, players of both titles will be able to get new items thanks to its free version. Those who decide to spend some money and buy the paid edition will get, among other things, immediate access to the new operator, Alex.