Daedalic Entertainment and Mimimi Productions intend to revisit the stealth-oriented real-time tactics video game genre with the newly announced Shadow Tactics: Blades of the Shogun. If you ever played the Commandos series, Desperados: Wanted Dead or Alive or Robin Hood: The Legend of Sherwood, you are bound to feel at home in Shadow Tactics.

The year is 1615, Japan. The game puts you in command of a team of five ninjas carrying out assassinations for the ruling Shogun, who needs all potentially dangerous opposition in the country eliminated. In order to secure peace and stability the team will have to infiltrate castles, gather secret information, quell rebellions, and eliminate key military and political figures. The team will be comprised of Hayato, a stealthy assassin, the samurai Mugen, Aiko the Geisha, a master of disguise and distraction, huntsman Yuki, and the old man Takuma, the sniper. The game will always provide multiple ways leading to victory, depending on how you use the environment and the characters different skills. 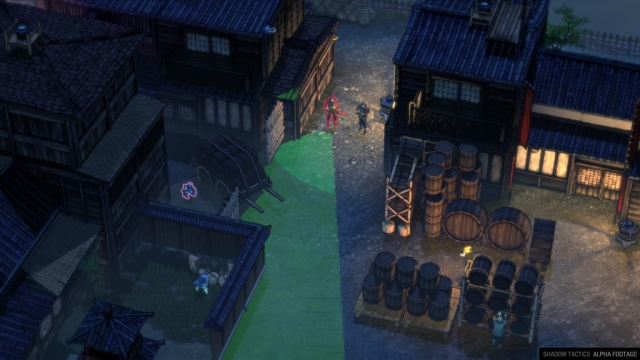 If you enjoyed the Commandos series you should keep an eye out for Shadow Tactics: Blade of Shogun.

Shadow Tactics is being developed for PC, Mac, Linux, PlayStation 4, and Xbox One and is scheduled for launch in Q4 2016.

Tyranny: new RPG from Obsidian coming out in 2016