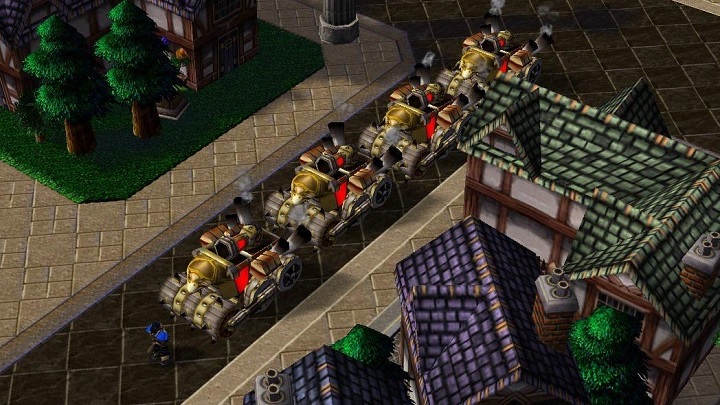 Many memes refer to the iconic photograph from Tiananmen Square in PRC, taken in 1989 during the bloody protests.

Yesterday we wrote about the consequences that Chung 'blitzchung' Ng Wai has to face for publicly supporting the protesters in Hong Kong in an interview after winning the Hearthstone Grandmasters match. Blizzard suspended him for a year and deprived him of the prize money for taking part in the second season of games. In his statement to IGN, the player referred to the penalty imposed on him in the same way:

"I expected the decision by Blizzard, I think it's unfair, but I do respect their decision. I'm not [regretful] of what I said." 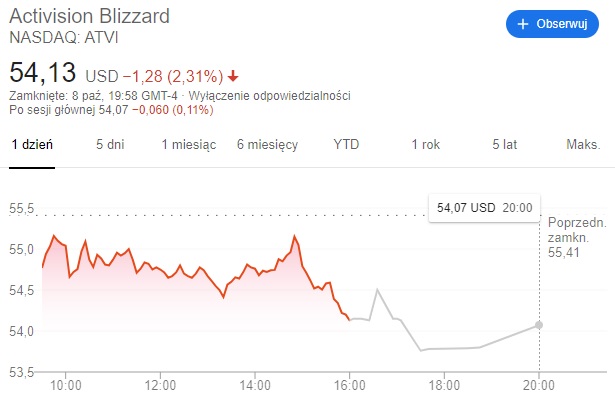 Today, the Internet is reacting and calling for a boycott. The players, the community and the former and current employees of the giant express their opinions. The Blitzchung case has been a bitter blow to public opinion and the industry in terms of corporate relations with China. Blizzard's subreddit is boiling. Yesterday r/Blizzard was set to private for a moment - today we know that it was done by one of the moderators, who immediately afterwards deleted his account. At least that's how the other moderators explain the situation. Now, between numerous memes, there are instructions on how to remove our account from Blizzard's Battle.net app, and other ingenious ways to express resistance. Among them, of course, not buying games, but also mass requests for access to the private user data collected by the company, if Blizzard fails to supply the user within thirty days, the European Union will impose a penalty on the company.

Twitter is not lagging behind. #BoycottBlizzard movement grows in strength. Among the people who used it, one can find former employees of the company as well as devs and producers of its games:

Kevin Hovdestad, who was once also associated with Blizzard, shared a photo of the statue of Orc before the company's campus in Irvine, California - around it are the values the company helds as its mission. Both "Every Voice Matters" and "Think globally" have been obscured by employees expressing their dissatisfaction:

There are also positive aspects: the developers of Gods Unchained announced on Twitter that they would support Blitzchung financially with the equivalent of the prize he lost, as well as inviting and paying for a trip to their own games (which is of course clever marketing trick, but at the same time a nice and decent gesture):

Below are some of the Internet's numerous memes: 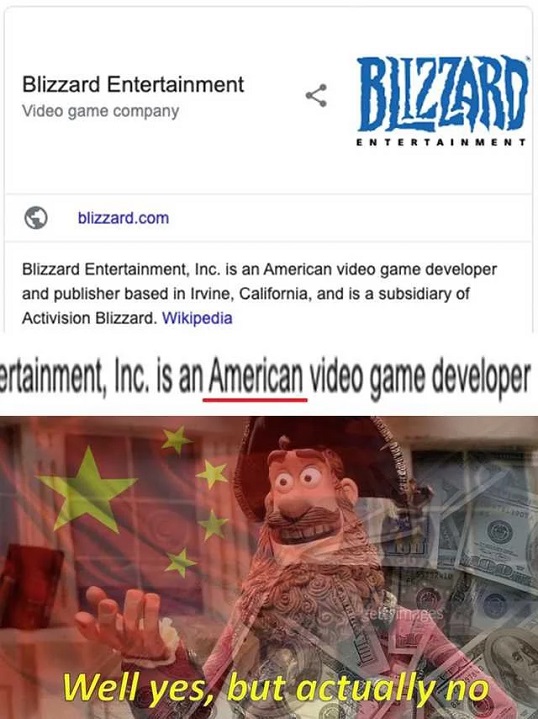 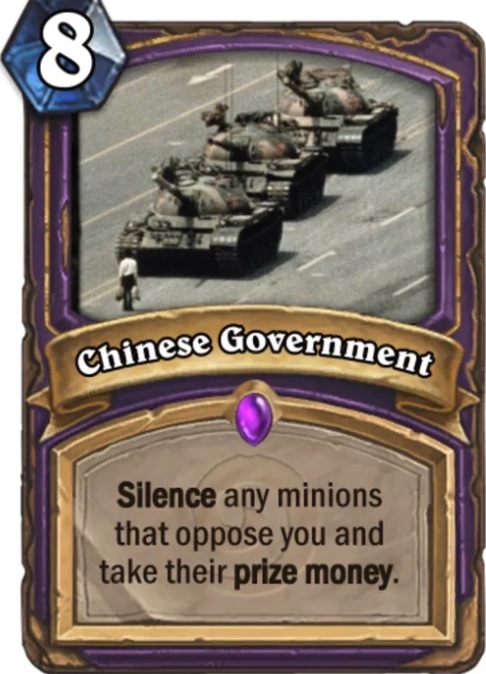 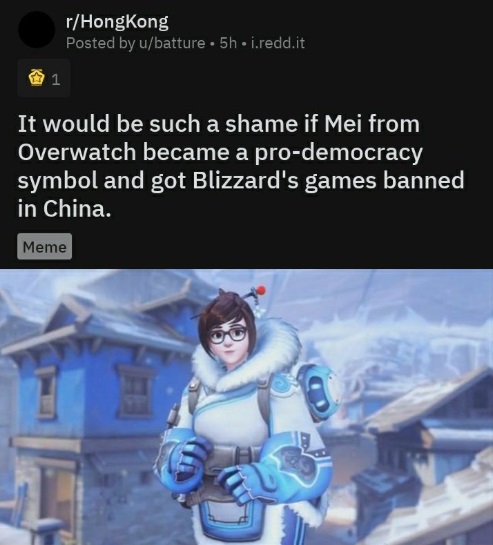 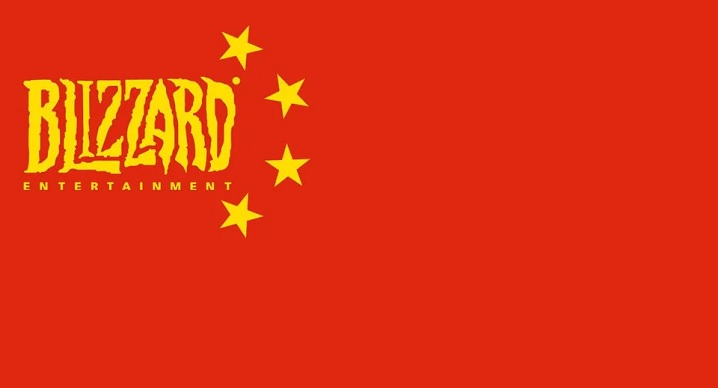 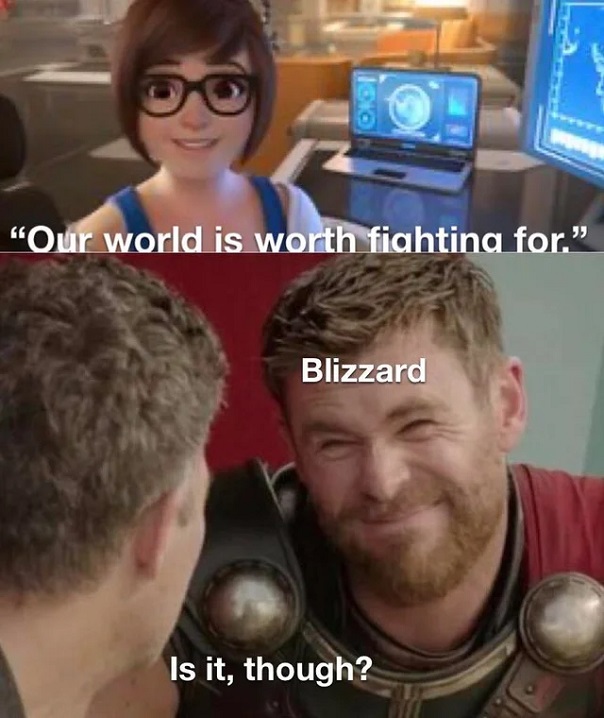 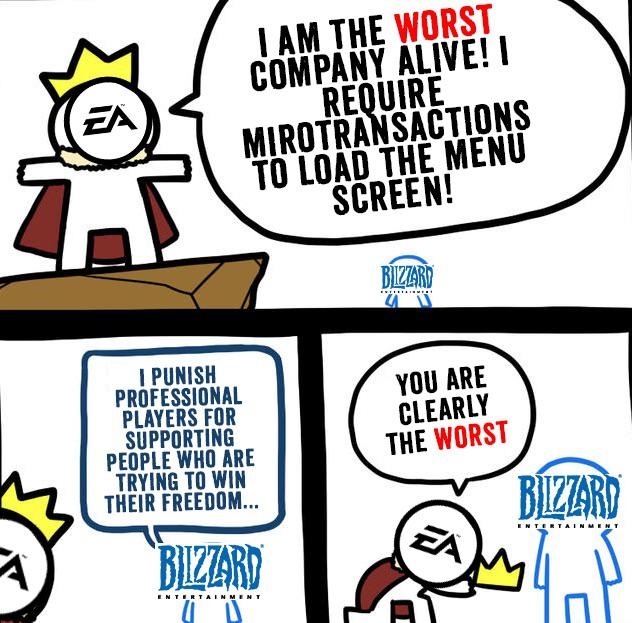 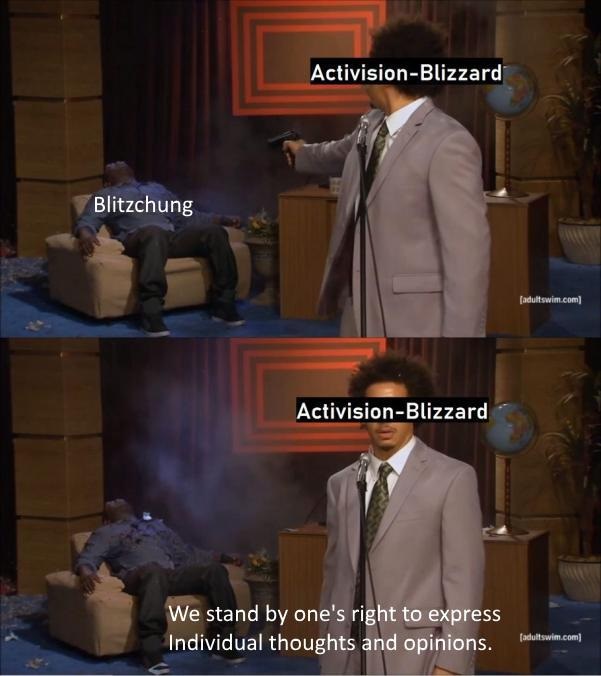