After almost two weeks since we learned that Deadalic Entertainment had prepared "the most ambitious and diverse catalogue in its history" for 2019, we got know the first title will be published by Deadalic Entertainment. We are talking about Iratus: Lord of the Dead, a dark RPG with roguelike elements, which is being developed by the independent Russian developer Unfrozen. If the name of this team doesn't tell you much, you should know that the part of its members are people who previously worked on the iconic Disciples series.

Iratus: Lord of the Dead is coming to PC, and will be available on Steam Early Access in the summer. According to the hardware requirements of the game, a lower-class computer is enough for comfortable play.

It is worth noting that in May 2018 the game successfully completed a campaign on Kickstarter - the players supported it with a enough money to exceed the goal. Since then, the developers have regularly published subsequent behind-the-scenes news, informing everyone concerned about the progress of work. A demo version is also available, which you can still download here. 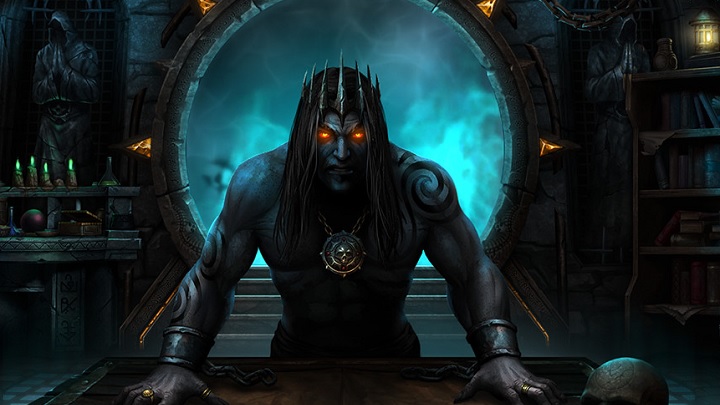 The developers of Iratus: Lord of the Dead focus on a gloomy style.

In Iratus: Lord of the Dead, we'll play a necromancer, who is imprisoned in a dark dungeon after being brought back to life. In order to take revenge on his opponents, the protagonist has to conquer the underground maze and eliminate everything that stands in his way, raising a faithful horde of undead from the corpses of defeated enemies. Battles will be played in turn-based mode, and the game itself, which evokes associations with the best-selling Darkest Dungeon, will have a high level of difficulty - enough to say that death will be permanent here.