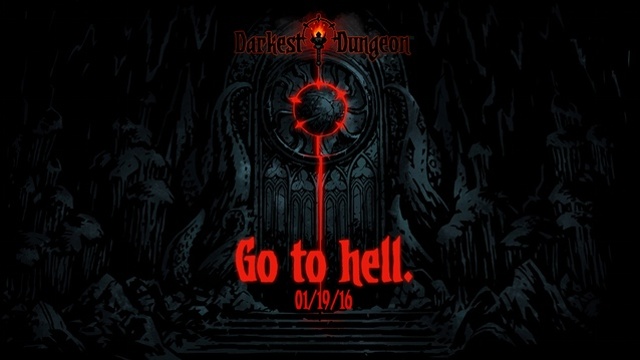 This winter is definitely going to be hot.

Red Hook Studios is ready to set the official release date of their dark fantasy RPG currently in development. Darkest Dungeon is coming out on January 19, 2016, as announced in the latest Kickstarter update. This, by the way, is a little later than originally planned. In the meantime, early access players can expect a major update introducing a new playable hero: The Abomination, plus two new types of monsters, and some other stuff. The patch is slated for release toward the end of November.

Darkest Dungeon invites players into a net of dungeons spanning under an ominous castle. These are obviously filled with hideous monsters, whom the group of heroes have to exterminate by means of classic RPG turn-based combat mechanics. A unique feature is characters’ morale and sanity which determine how efficient they prove in battle. The game was launched in Steam Early Access earlier this year after it was successfully crowdfunded on Kickstarter.