The latest effect of Bethesda Softworks and Arkane Studios' cooperation - Deathloop- is coming out soon. Yesterday, another trailer was released, this time showing more details about the gameplay and the world we find ourselves in. In the video below the game's director Dinga Bakaba describes how the time loop works and gives a few ways to free yourself from it .

"Deathloop is a next-gen first person shooter from Arkane Lyon, the award-winning studio behind Dishonored. In Deathloop, two rival assassins are trapped in a mysterious timeloop on the island of Blackreef, doomed to repeat the same day for eternity. As Colt, the only chance for escape is to end the cycle by assassinating eight key targets before the day resets."

Gameplay will be based on the "Groundhog Day" theme of reliving the same day over and over again. However, just like the protagonist of the 1993 film, the protagonist will retain all the memories from previous cycles and will be able to use the knowledge he gained in future loops. Only with the right skills will it be possible to complete the main mission and eliminate all eight targets before the night comes.

A new feature, which was planned by Arkane before (in the canceled The Crossing), will be an unusual multiplayer involving getting in the way of other players in the single-player campaign. In the solo mode, the player will take on the role of Colt, who will strive to break the time loop, but this task will be hindered by his rival - Julianna. Deathloop will enable us play as the female hitman and hunt down other players. Of course, everyone will be able to choose whether Julianna in his game is to be controlled by AI or a human. 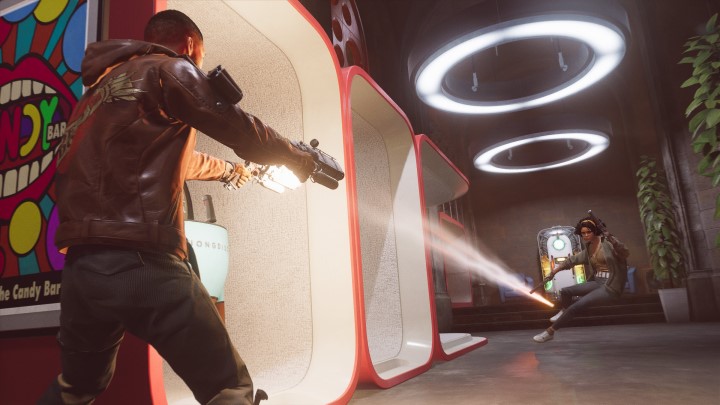 The story will take place on Blackreef Island, a place styled in the 1960s, reminiscent of a typical James Bond villain's headquarters.

The game has been designed to make the most of the technology offered by Sony's latest console. The game will use haptic vibrations and adaptive triggers, among other things.

Deathloop will debut simultaneously on PC (on Steam) and PlayStation 5 on May 21, 2021. The game will be available only on these devices for a year before it can hit the hands of, for example, Xbox owners.

Epic Games and Apple Will Meet in Court Soon

Layoffs at Former Devs of Vampire: The Masquerade - Bloodlines 2