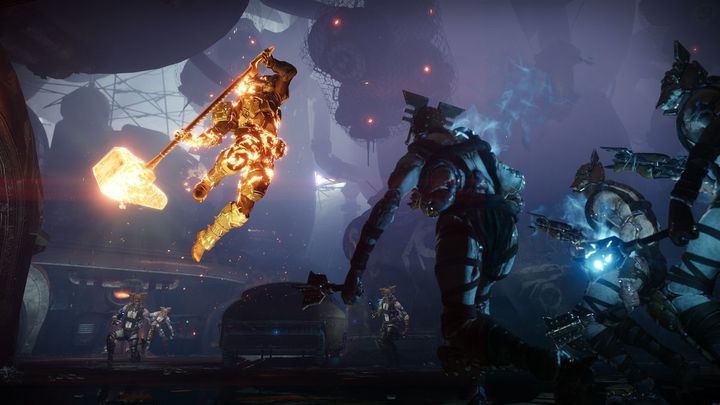 If you are thinking about buying a Ryzen 3000 processor, but you cannot imagine an afternoon without launching Destiny 2, we advise you to wait a few days with the upgrade. Players who have decided to purchase one of AMD's latest CPUs complain that Bungie's online shooter doesn't want to run on their PCs. Information on this subject appeared on Twitter and the official forum of the game. You can also find a thread devoted to the problem on Reddit.

So far, the cause of this situation is unknown, but it is not connected with motherboards based on the X570 chipset, because there are also problems for users who have older models (e.g. X470) on their computers. Interestingly, once the game is launched, it works theoretically - the corresponding process is listed in the task manager - but besides that, nothing happens and the image from Bungie's production is not displayed on the screen. Updating drivers or even installing a fresh copy of the operating system doesn't help either.

Developers are already aware of the problem. At the moment, there are no reports of other titles with similar complications. We can only hope that Bungie's developers will quickly cope with unexpected incompatibility and that the owners of the new Ryzenes will be able to enjoy Destiny 2 as well as the owners of other processors.