Remember that time when Square Enix released mobile spin-offs of its biggest brands? This included Deus Ex GO, a warmly received turn-based puzzle game. Unfortunately, the life of this game will soon come to an end - it will cease to operate on January 4.

A message to this effect was published on the Twitter account of studio Onoma (formerly Square Enix Montreal). It shows that on December 1 the game will be withdrawn from sale on App Store and Google Play. On January 4, however, the game will be completely killed off and we will not be able to launch it. 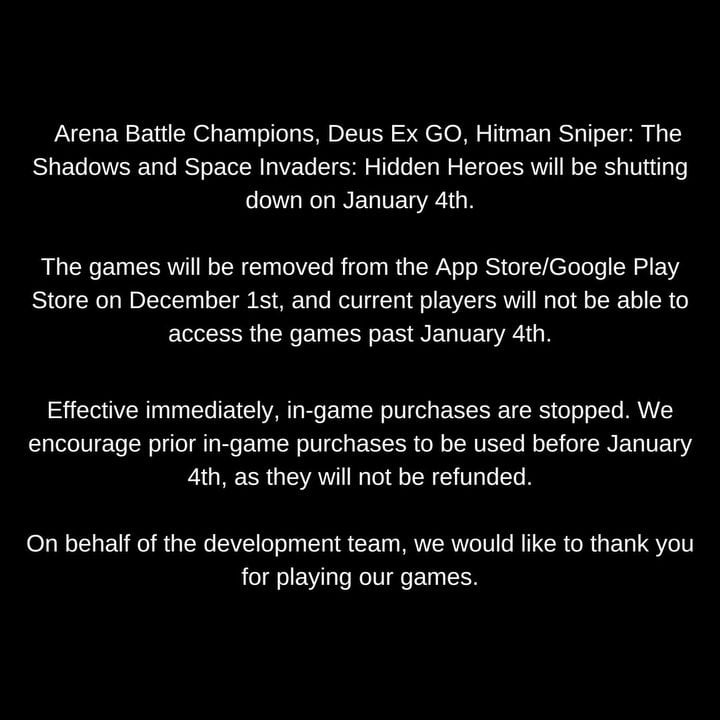 Deus Ex GO is not the only game that will end its life, however. On the same day, also Arena Battle Champions, Hitman Sniper: The Shadows and Space Invaders: Hidden Heroes will be shut down.

It must be admitted that this is not shocking information. This May Embracer Group bought out Crystal Dynamics, Eidos Montreal and Square Enix Montreal from Square Enix. There have been a number of perturbations in the case of the third of these teams. In October, it was renamed Onoma, and on November 1 a decision was made to close the studio. Not surprisingly, its games are being extinguished.

This is a considerable loss. Deus Ex GO received a warm reception from players and reviewers alike. On Metacritic the iOS version of the game boasts an average rating of 84%.

Looks Like PlayStation 6 Already has a Scheduled Launch Date

The Callisto Protocol has Reasonable Requirements, but Also Denuvo